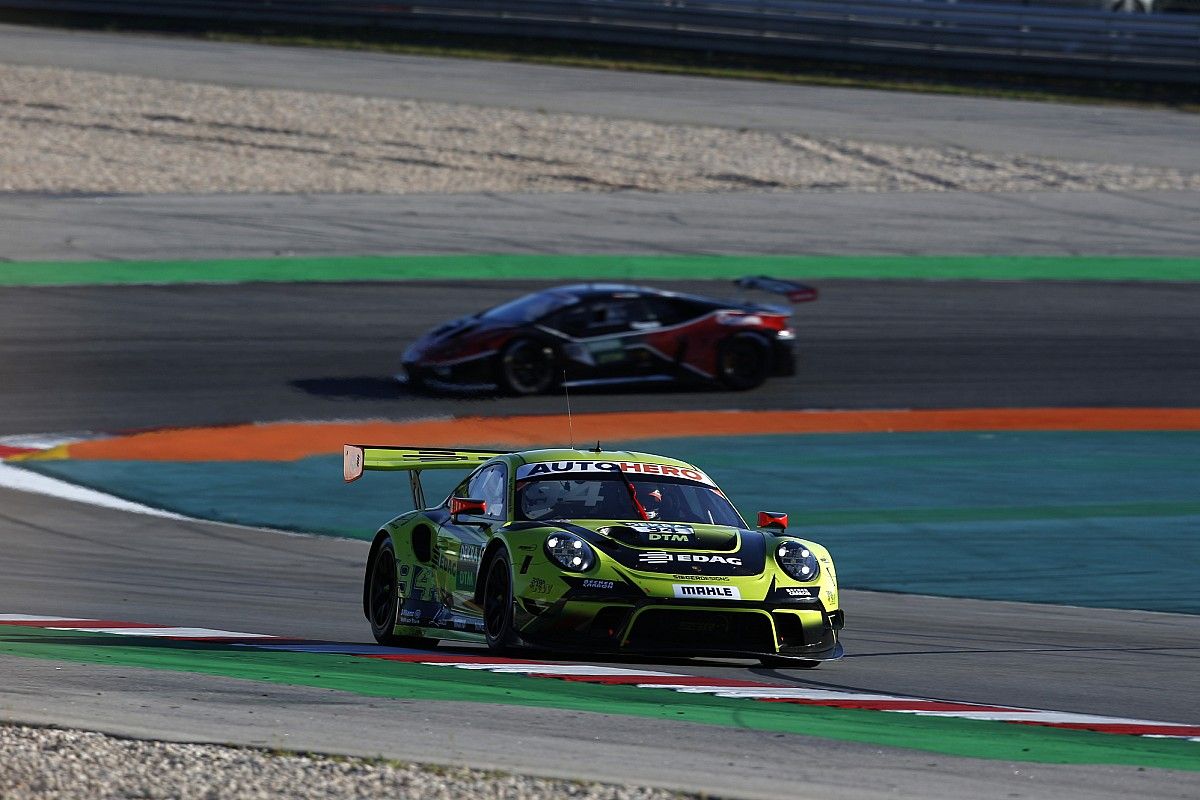 It ended Audi’s unbeaten streak in pre-season testing, with the Ingolstadt-based manufacturer having also topped the opening two days of testing in Hockenheim earlier this month.

Second-quickest on Wednesday was the Team Rosberg Audi of Muller, who ended up 0.269s off the pace with a time of 1m41.697s.

The Swiss driver narrowly edged out the top Lamborghini of Nick Thiim, who continued his impressive form in pre-season testing to finish third for the T3 Motorsport team.

Feller couldn’t match his chart-time topping from Tuesday but still ended up a respectable fourth on the timesheets, just ahead of the Team Bernhard 75 Porsche of Thomas Preining.

Factory Lamborghini driver Mirko Bortolotti ended the day sixth-quickest for the Grasser Racing Team, just ahead of his Porsche counterpart Laurens Vanthoor in the second of the two SSR Performance cars.

HRT’s new recruit Luca Stolz was the top Mercedes representative in eighth, half a second off the pace of Olsen, while the top 10 was rounded by the lead BMW of Sheldon van der Linde (Schubert) and Mercedes driver Mikael Greiner (GruppeM).

Red Bull driver Felipe Fraga posted a time of 1m42.005s to end the day 11th quickest in his AF Corse Ferrari, just ahead of the Abt Audi of three-time DTM champion Rene Rast.

Fraga’s teammate and WRC legend Sebastien Loeb completed a full day of running for the first time in pre-season testing, logging 75 laps in his AlphaTauri-liveried Ferrari ahead of his DTM debut later this weekend at Portimao.

Loeb’s best time was a 1m42.990s which put him 28th on the timesheets, just ahead of T3 Motorsport’s Esmee Hawkey and GRT rookie Alessio Deledda.

Wednesday’s test again ran late in the evening to allow the DTM to complete TV construction work in daylight, although all drivers returned to the pits by 9pm - an hour before the official end of the day’s running.

There was also a disruption earlier in the day around 6pm when Marco Wittmann crashed his Walkenhorst BMW at Turn 6 with what the team suspects to be a technical problem. The two-time DTM champion didn’t venture out on track again after the incident as the squad investigated the issue in detail, leaving him 19th in the classification with just 16 laps on board. 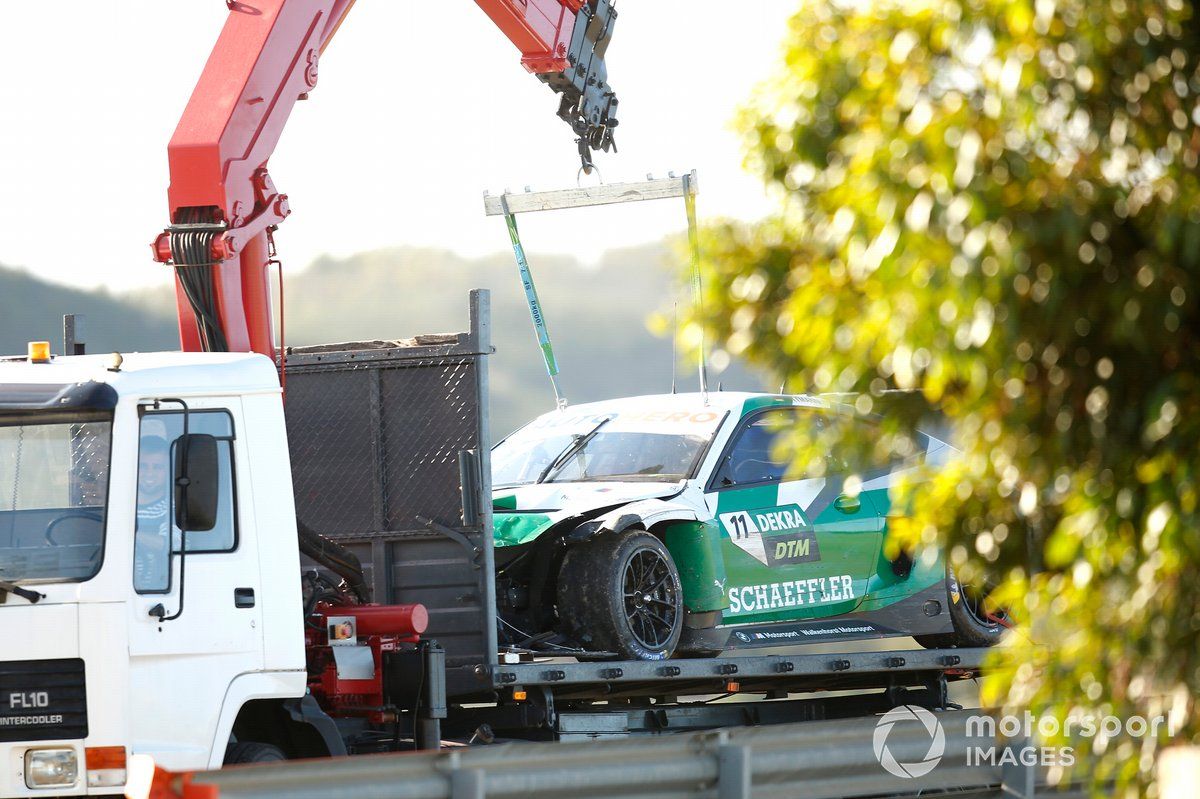 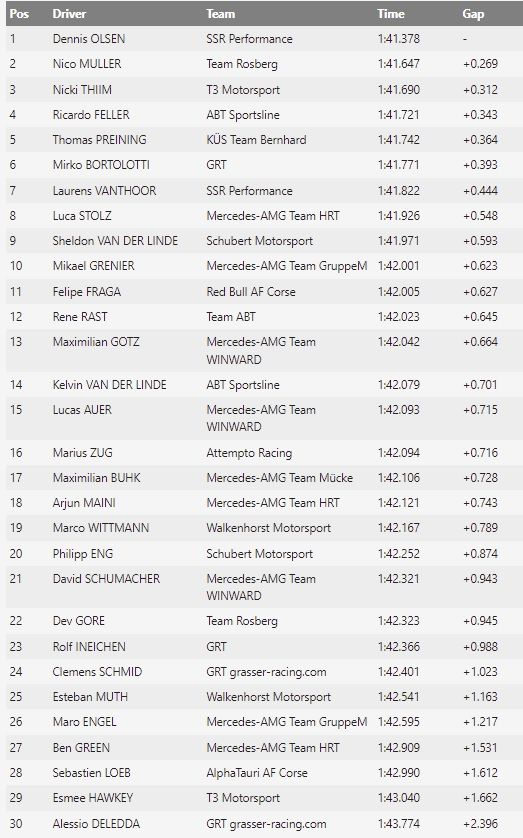