Rosberg X Racing began its Extreme E title defence with victory in a dramatic Desert X-Prix final in Saudi Arabia which was disrupted by a red flag. 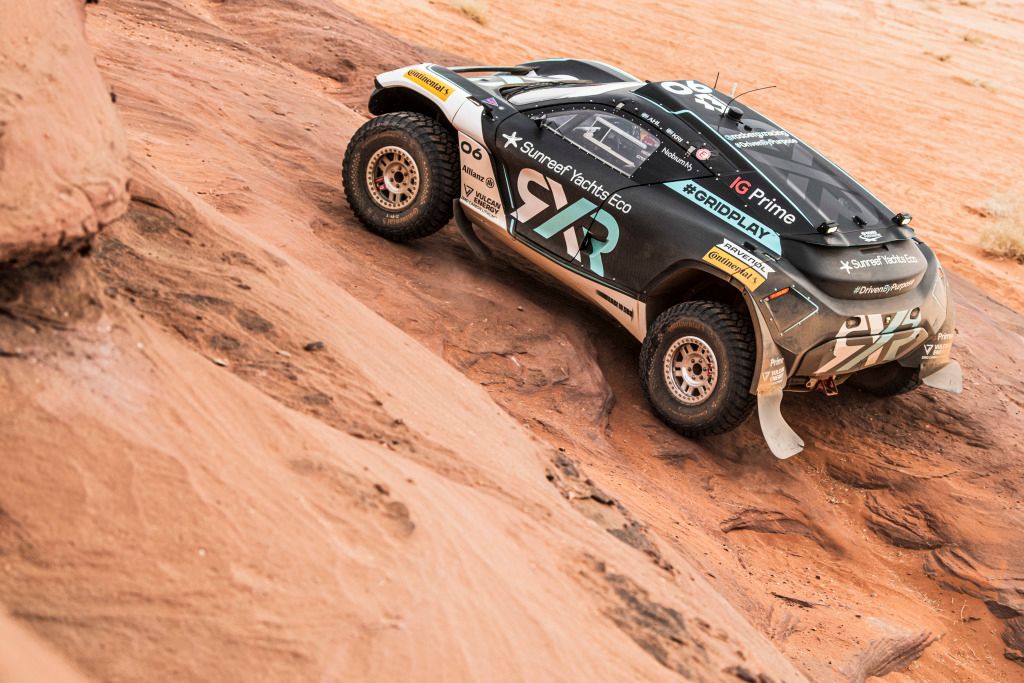 But at the resumption Johan Kristofferson came from behind to snatch victory for RXR and new co-driver Mikaela Ahlin-Kottulinsky.

Nico Rosberg’s squad only just made the final after benefitting from a time penalty for Xite Energy Racing in the opening semi-final, which was won by Lewis Hamilton’s X44 team.

Kristofferson (RXR) tried to squeeze X44’s Cristina Gutierrez at the start of that encounter, with the latter dropping behind Xite’s Tamara Molinaro after getting sideways on a bump.

Having received a late call-up to replace COVID-sticken Klara Andersson, Molinaro challenged Kristoffersson for the lead but then lost momentum and slipped back to third.

Kristofferson handed over to Ahlin-Kottulinsky with a small advantage, as Loeb prevailed in a battle for second with Xite’s Oliver Bennett after the changeover.

But Ahlin-Kottulinsky got caught in a rut and dropped to the back, with Loeb taking full advantage to win by 7.59 seconds.

Despite holding off Ahlin-Kottulinsky for second by just 0.07s, a time penalty for clipping a flag cost Bennett and Xite a final spot. 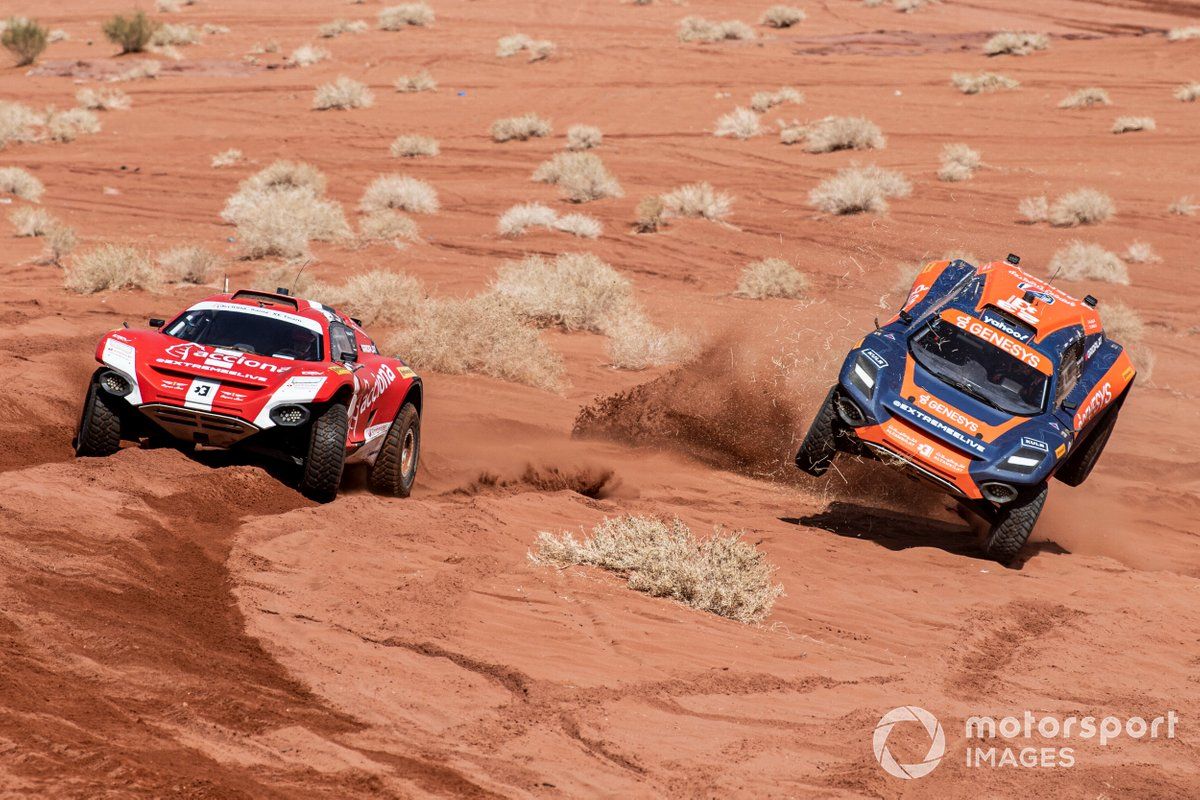 Chip Ganassi Racing dominated the second semi-final after Kyle LeDuc swept around the outside of Sanz at the start and built up a 13s lead, with Sara Price remaining in front after the changeover.

Sanz held off Andretti United’s Catie Munnings before handing the car over to Sainz, who took a comfortable second after 2019 World Rallycross champion Timmy Hansen bounced badly over a bump and rolled, ending Andretti’s challenge.

After struggling in qualifying, McLaren won the ‘Crazy Race’ to secure a place in the final on its first XE debut.  Emma Gilmore pulled off a spectacular double overtake to put McLaren second before co-driver Tanner Foust eradicated a 11.5s deficit to 2021 champion Molly Taylor to deny Jenson Button’s JBXE squad a final spot.

Loeb moved ahead of Ahlin-Kottulinsky off the line in the final, but the pair were both passed on the inside by the flying Sainz, who maintained the lead until the Switch Zone.

Unsighted in the dust, Foust clattered into the back of Ahlin-Kottulinsky, before hitting a bump and rolling spectacularly, with the American emerging unscathed.

The crash resulted in the race being halted during the changeover, with the race resuming with a staggered start, enabling Acciona Saniz to maintain it’s 2s advantage over X44.

Starting a further 10s behind, Kristofferson soon eradicated the deficit for RXR using the hyperdrive boost to pass Gutierrez’s X44 machine for second. The Swede soon caught Sanz, and pulled off a spectacular overtake at the bottom of the descent, remaining in front by taking a very wide line before triumphing by 2.48s.

Acciona Sainz held on to second, with X44 coming home third. CGR struggled throughout the final, with Price and LeDuc trailing in a distant fourth.