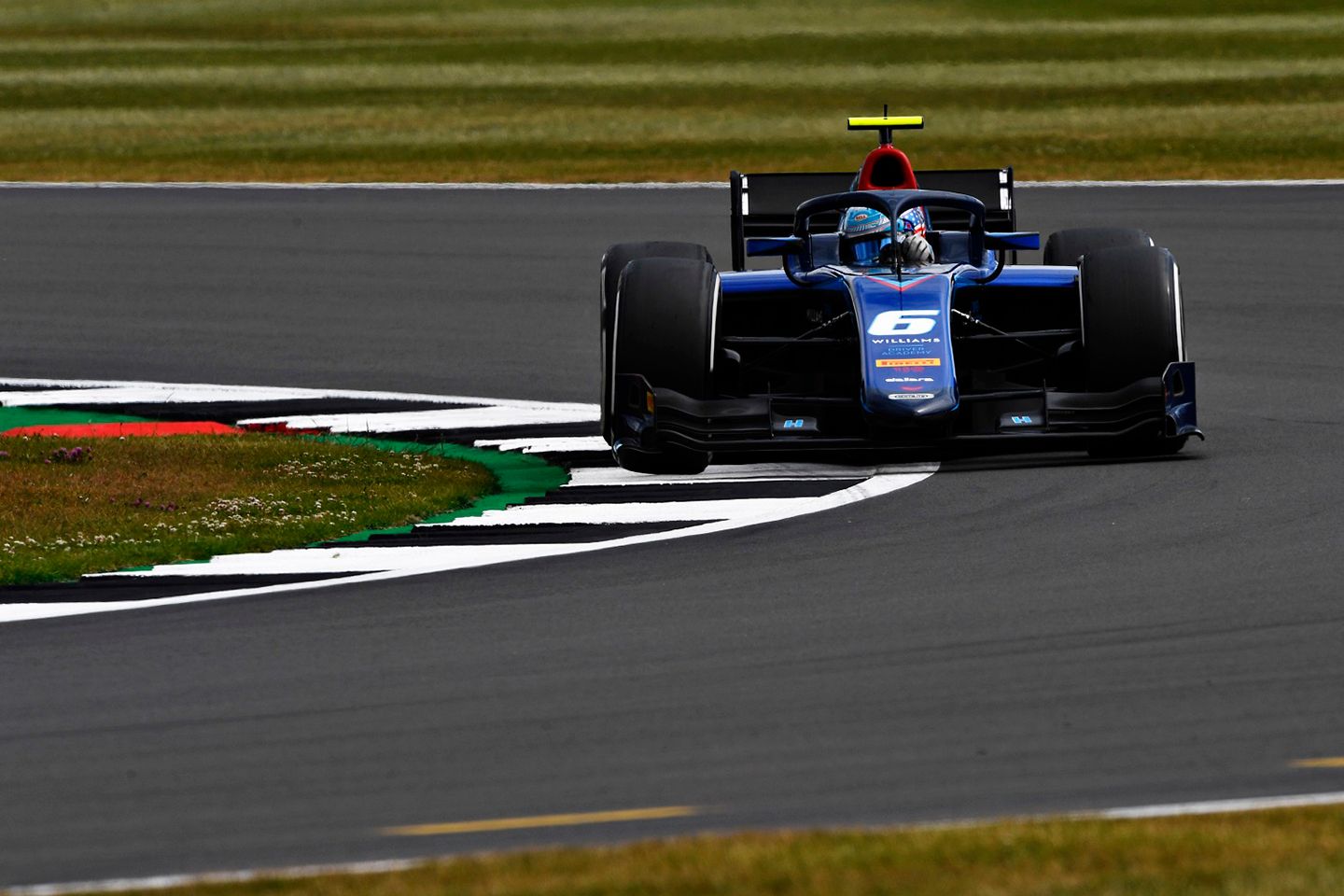 The Williams junior led from the off, holding off challenges from ART duo Frederik Vesti and Theo Pourchaire to take his first win since Sochi in FIA Formula 3 last year.

With Vesti falling away during the first lap, Sargeant held on through a safety car, building up a gap of 1.5s to Pourchaire by lap seven.

The pair both pitted four laps later, emerging in the same order as championship leader Felipe Drugovich took the lead on track.

As those in front pitted, the leading pair continued to tussle for the top spot, with Pourchaire just 0.5s behind by lap 26.

But Sargeant rebuilt the gap to his rival and crossed the line 1.5s ahead to become the first American F2 race winner.

Carlin’s Liam Lawson completed the podium, having started fifth before taking advantage of poor starts from Vesti and Drugovich to secure his fifth podium of the season.

Drugovich and Vesti lost two places apiece on the first lap before the safety car was deployed after contact between Roy Nissany and Dennis Hauger.

The DAMS driver went wide towards the end of the Wellington Straight, coming back on track and making contact with the reigning FIA Formula 3 champion.

Hauger was then forced off across the grass at Brooklands and flew over the sausage kerbs, coming back on track and landing on Nissany’s car as they both piled into the gravel.

Both drivers emerged from the incident unscathed and it will be investigated after the race. 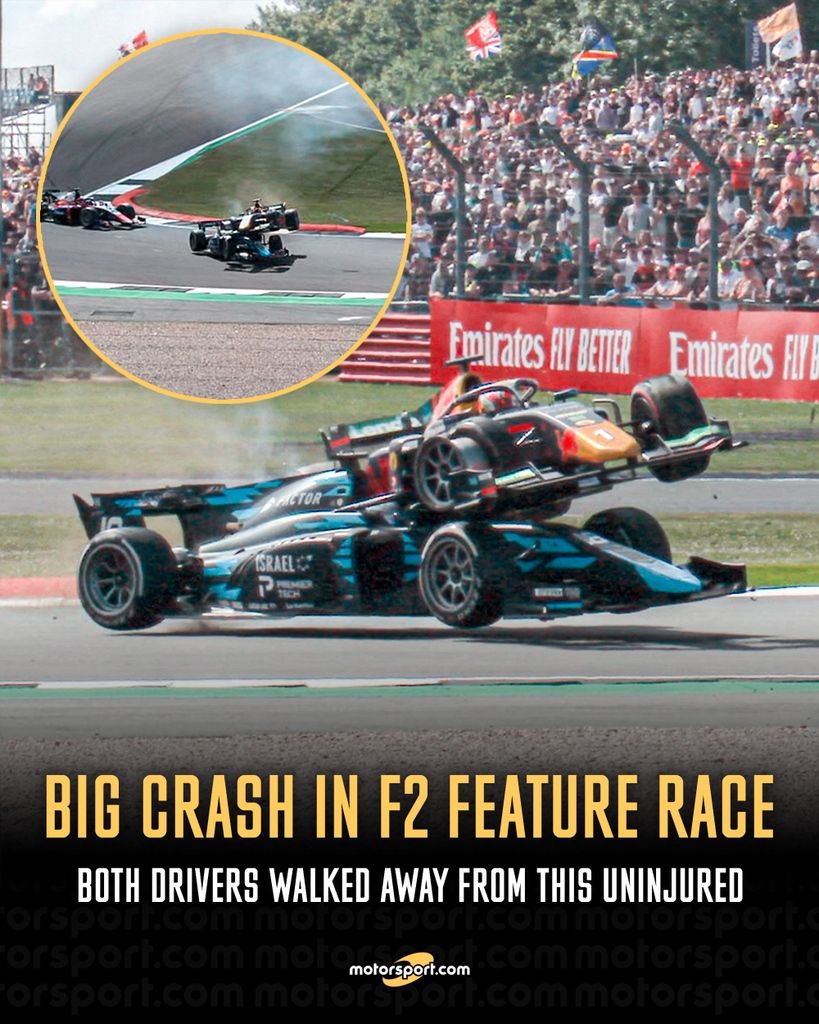 Racing resumed on lap six, with Clement Novalak and Richard Verschoor making it past Jehan Daruvala, who dropped out of the top 10.

DAMS’ Ayumu Iwasa and Lawson were next to stop the following lap, with Iwasa suffering a slow stop before Sargeant and Pourchaire pitted on lap 11.

Drugovich led on track before pitting a lap later, handing the lead to Juri Vips (Hitech).

Vips then pitted on lap 22, emerging in net seventh place behind his teammate after a slow stop.

Daruvala took the on track lead, with Saturday sprint winner Doohan in second, who emerged in 12th when he pitted a lap later.

Sargeant retook the on-track lead once Doohan and Jake Hughes had pitted, with Pourchaire in hot pursuit, cutting the gap to 0.5s.

But the American held fast to take the chequered flag, with a further seven-second gap behind Pourchaire to Lawson.

Drugovich took fourth place, with Vesti and Vips in fifth and sixth respectively. Daruvala made it back up to seventh place, with Armstrong, Doohan and Hughes rounding out the top 10.