Ferrari’s Charles Leclerc was fastest during Hungarian Grand Prix practice on Friday, the 13th round of the 2022 Formula 1 World Championship, ahead of McLaren’s Lando Norris. 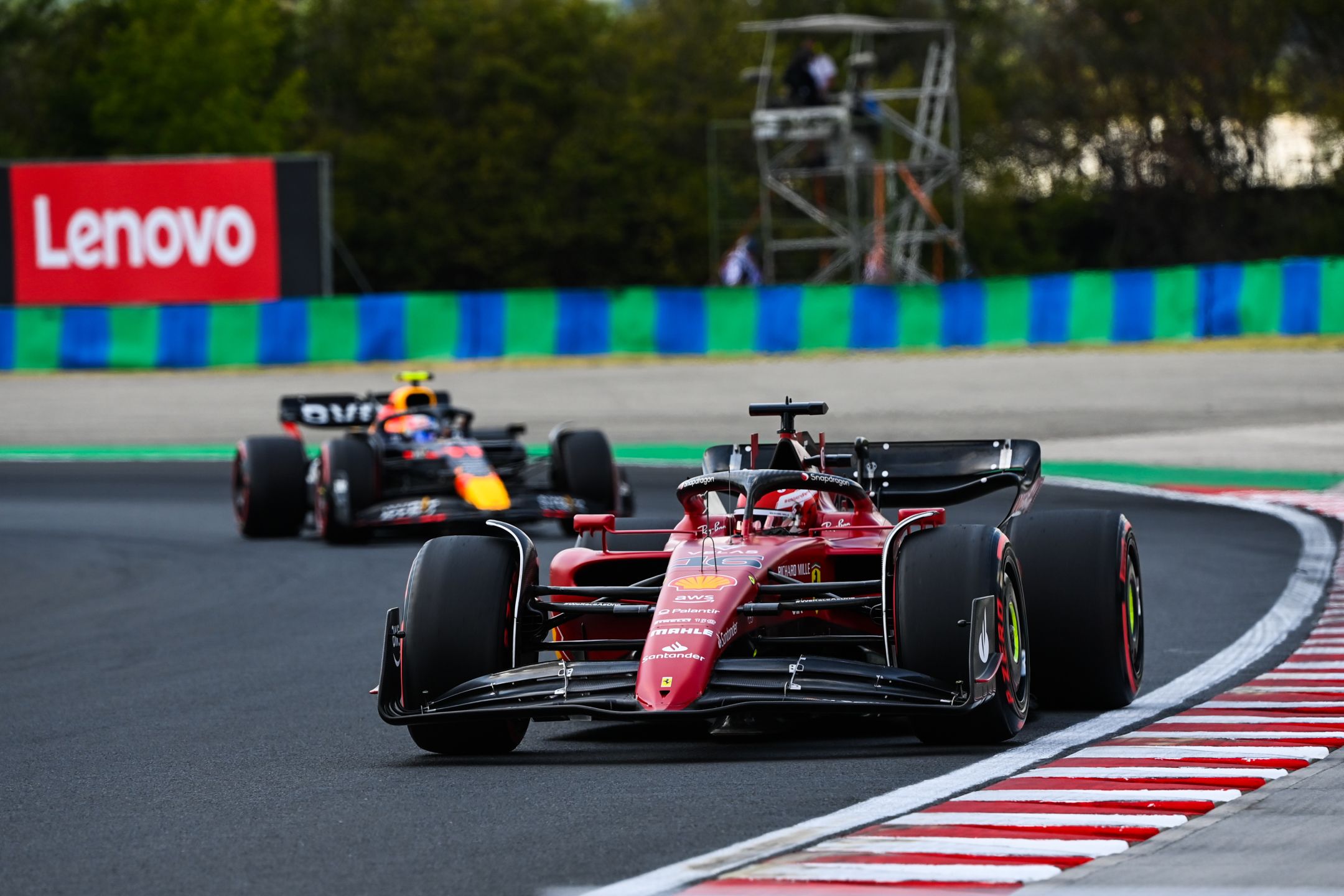 Carlos Sainz was fastest in FP1 before his Ferrari teammate Leclerc topped FP2, the second of the pair of one-hour sessions.

What happened in Hungarian GP Free Practice 1?
Verstappen set the early pace at 1m21.235s on soft tyres, before Sainz produced 1m20.696s and then Leclerc lapped in 1m20.225s.

On the final runs with 15 minutes to go, Verstappen hit the top with 1m18.880s but was quickly eclipsed by Sainz on 1m18.750s, who was on a second push lap on his final set of tyres. The fastest time of the session was 0.13s faster than the world championship leader.

Leclerc was third, 0.3s off the pace, ahead of Lando Norris (McLaren) and George Russell (Mercedes).

What happened in Hungarian GP Free Practice 2?
The battle for the fastest time between Ferrari and Red Bull resumed right from the start, with Sainz, Verstappen and Leclerc all trading the quickest time on medium tyres.

Leclerc worked down to 1m18.911s, almost half a second clear of Sainz and 0.743s quicker than Verstappen.

Teams switched to the faster soft-compound rubber just before the halfway point, with Norris initially setting the pace with an impressive 1m18.662s.

Leclerc took P1 away with 1m18.445s, with Sainz only able to take third, 0.231s off the pace. Verstappen was slightly slower, producing 1m18.728s for fourth, ahead of the second McLaren of Daniel Ricciardo.

Leclerc reported a torque issue during his long run, and he pitted for the team to investigate. His resumption was further impacted when he clipped his jack as he pulled out of the garage.

On a mainly incident-free day, Alex Albon spun his Williams at Turn 1 and was able to rejoin.