After 22 races, 259 days and 1297 race laps, the curtains came down on the 2021 Formula 1 season at Abu Dhabi. A new champion was crowned after a spectacular title fight that stretched into the last laps of the season, along with several intense battles throughout the field in some of the most exciting races of the hybrid era. The season truly has been an iconic one with numerous records tumbling over its course. Before we finally close the chapter on 2021, let’s look back at the year one last time, but with stats in focus.

The heavily impacted 2020 season came to an end in mid-December, but cars roared back into action in Bahrain just 105 days later. The quick turnaround meant it was the shortest off-season since 1981-1982. The year kickstarted in the Middle East and also ended in the same region after 22 races making it the longest Formula 1 season ever. The championship lasted 259 days - just like in 2019 and 2015 - and the drivers’ and constructors’ titles were decided at the season finale in Abu Dhabi. It was the first time since 2008 that both championships were decided at the final round of the year. The season also saw six different drivers win a Grand Prix, the most since 2012.

Max Verstappen & Lewis Hamilton fought tooth and nail at every round, eventually giving birth to one of the spiciest rivalries modern Formula 1 has seen. Both drivers entered the title showdown in Abu Dhabi level on points but Verstappen clinched the crown to become Formula 1’s fourth-youngest champion albeit under controversial circumstances. The Dutchman topped almost every list this year with 10 victories, 10 poles, 6 fastest laps, 18 podiums (a new record) and also led more laps (652) than all the other drivers combined (645). That places him fifth in the all-time list for laps led in a season only behind Sebastian Vettel, Nigel Mansell & Michael Schumacher. All of Verstappen’s podiums this year were P1 or P2 finishes and he scored points in all but one race weekend (Azerbaijan). He was also the fifth driver and the first from Red Bull to lead the championship in the hybrid era. Departing engine suppliers, Honda will leave the sport with silverware to display taking their first drivers’ title in 30 years. Hamilton, in his 15th Formula 1 season was denied the opportunity to take a record-breaking eighth drivers’ championship which would have also been his fifth consecutive one. The Brit ended the year just 8 points behind Verstappen making it the smallest championship margin since 2016 (5 pts). Mercedes became Constructors’ champions for the eighth successive time, 28 points ahead of Red Bull with Valtteri Bottas (P3, 226 points) & Sergio Pérez (P4, 190 points) being vital cogs in their respective campaigns. Bottas ended his association with Mercedes after five Constructors’ titles in as many years heading to Alfa Romeo for 2022 and beyond. Interestingly, his four DNFs in 2021 is the most he’s ever recorded in one season. 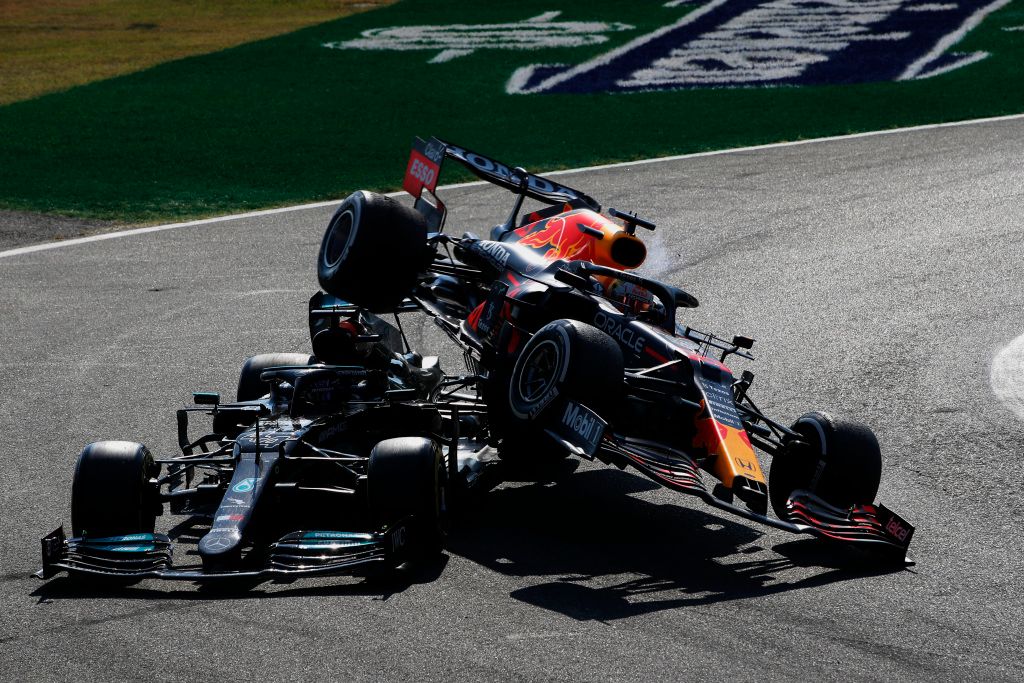 The midfield seemed more competitive than it has ever been in recent years. Ferrari and McLaren wrestled for P3 right through the season with the latter eventually tapering off after the São Paulo Grand Prix. Ferrari will be brimming with confidence after they recorded 17 double-points finishes this year - three more than any other team - and topped it off with five podium finishes. That said, the team remained winless in successive seasons for the first time since 1992-1993 and haven’t recorded a fastest lap since 2020. The Italian outfit also registered their 100th podium in the V6-hybrid era courtesy of Carlos Sainz’s P3 result at the Abu Dhabi Grand Prix. The Spaniard impressed in his maiden season with Ferrari taking P5 in the drivers’ standings ahead of Lando Norris and Charles Leclerc, and also became the ninth driver in history to finish every single race in a season. McLaren seemed a strong force up until the mid-season break but results began withering away as the season progressed. Their major highlight will remain the Italian Grand Prix victory, their first in nine years. The Woking-based squad are also the only ones to record a one-two race finish this year. The team’s 45-point haul in Monza is the third-most by a team in a race weekend after Williams and Mercedes scored 66 and 50 points respectively at the 2014 Abu Dhabi Grand Prix. 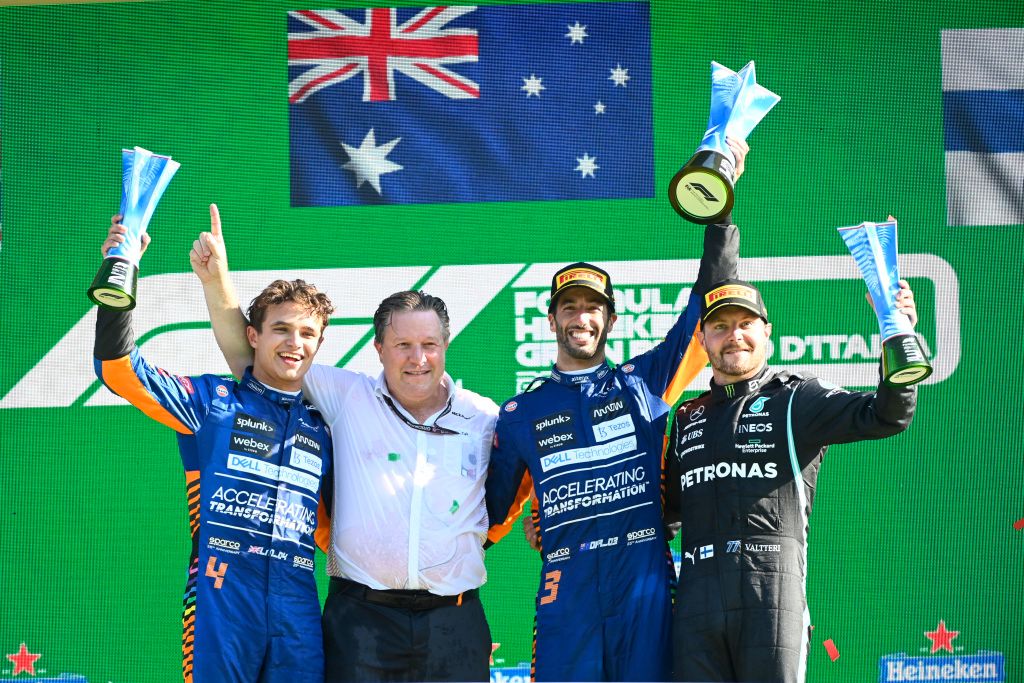 Although McLaren (275 pts) scored almost double the points than AlphaTauri (142 pts), yet Pierre Gasly was just five points behind Daniel Ricciardo in the standings. It was the Frenchman’s best season in Formula 1 finishing 9th overall and scoring over a century of points for the first time in a season. AlphaTauri scored 142 points in the season, 77% of which were by Gasly alone. The Faenza-based team were eventually edged out by Alpine for fifth in the standings. At the Hungarian Grand Prix, Esteban Ocon became the first French driver to win in a French car with a French engine since Alain Prost in Austria 1983. Fernando Alonso, who secured his first podium in seven years, suffered just two retirements this year, his lowest in a season since 2014. Between 2015 and 2018, the two-time champion endured a total of 30 DNFs at an average of 7.5 non-finishes per season. 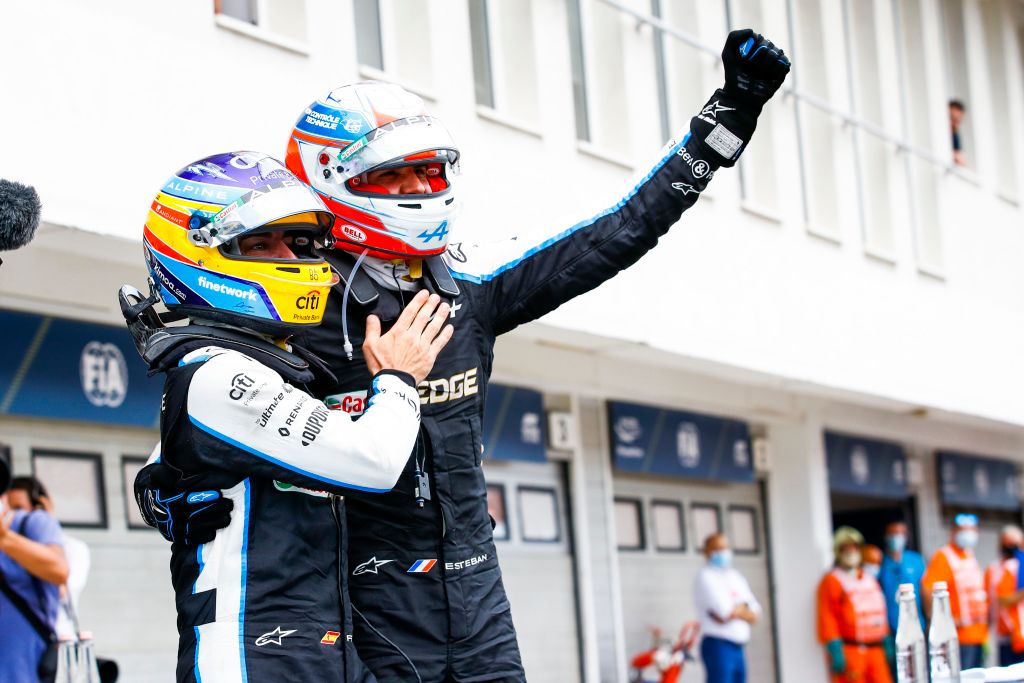 After taking the wooden spoon for the last three years, Williams broke free with consecutive double-points finishes in Hungary and Belgium. The team scored more points in Hungary alone (10 pts) than in their last 70 races combined. Lastly, seasoned veteran Kimi Raikkonen hung his boots in Abu Dhabi after registering his joint-lowest position in the drivers’ standings (P16). The Finn with 353 entries in 19 years remains the sport’s most experienced driver and also Ferrari’s last world champion. 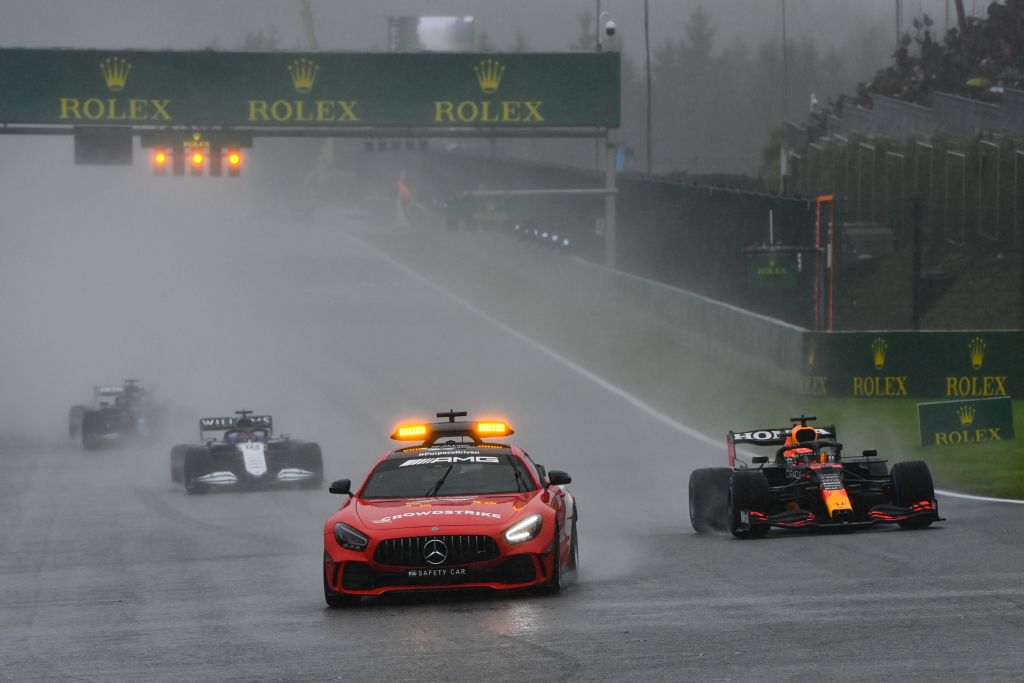 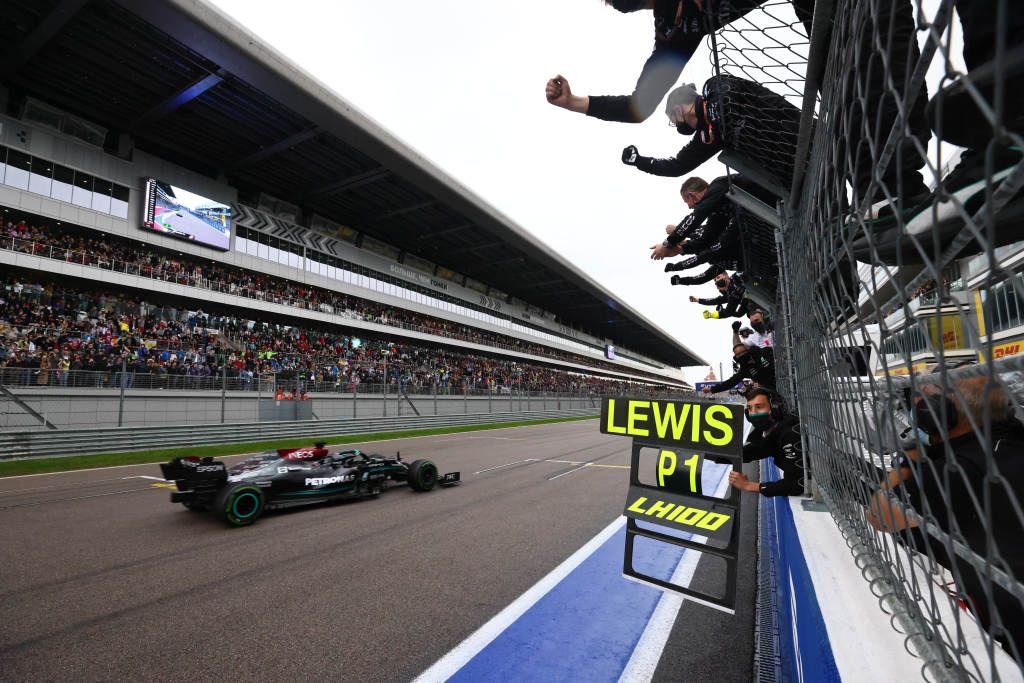