Lewis Hamilton has nominated Fernando Alonso as the strongest competitor of his Formula 1 career ahead of the seven-time champion making his 300th grand prix start this weekend. 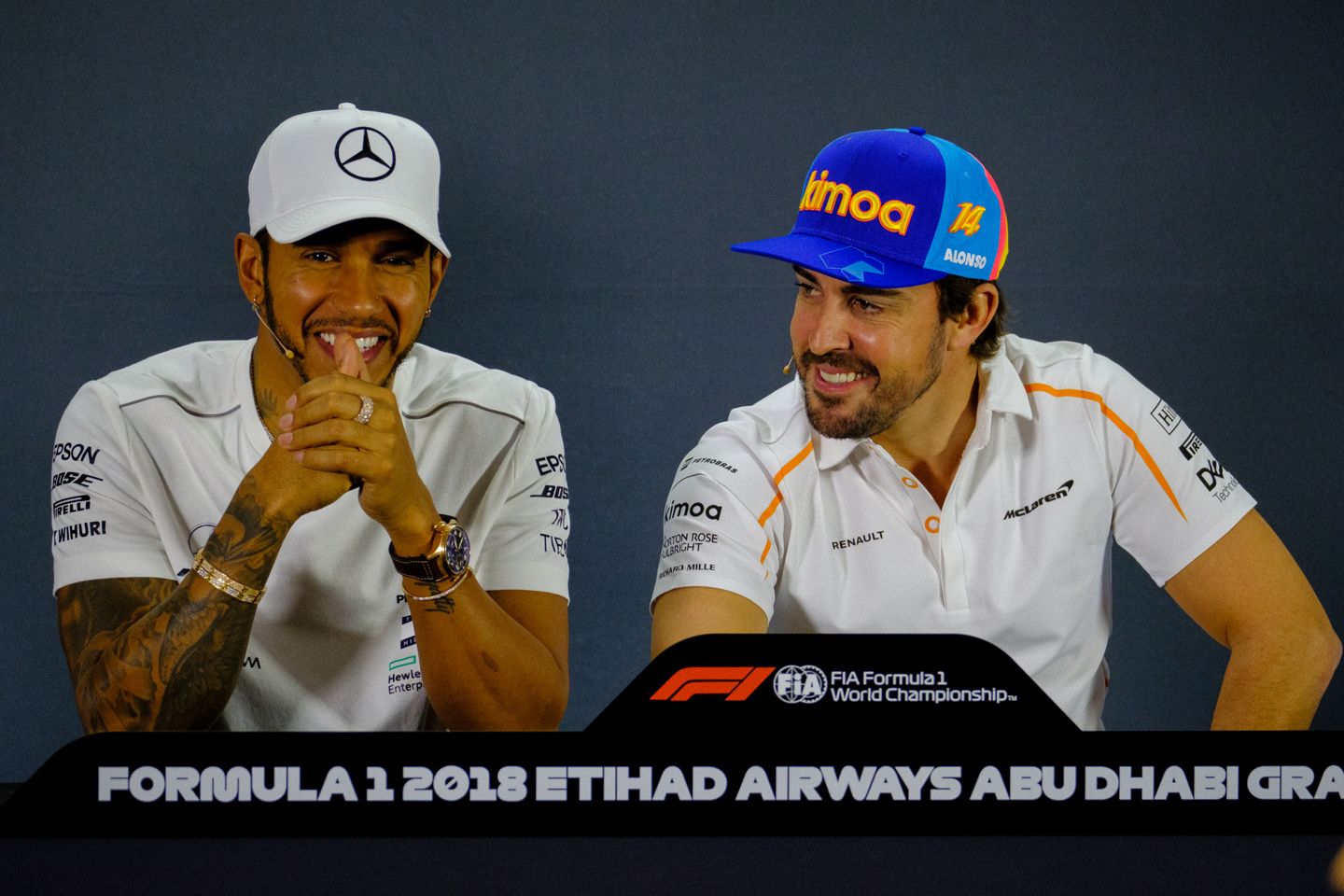 Hamilton has the sixth-highest start count in F1 history and is poised to leapfrog Michael Schumacher and Jenson Button for fourth come the end of the 2022 campaign.

Ahead of his landmark race at Paul Ricard on Sunday, Hamilton has singled out current Alpine pilot Alonso as his toughest opponent - the Briton having made his F1 debut at McLaren in 2007 alongside Alonso, with the defending two-time champion having moved from Renault.

While the ‘spygate’ scandal would relieve McLaren of all its points in the constructors’ table, Hamilton pipped Alonso to runner-up behind Kimi Raikkonen in the drivers’ championship courtesy of scoring one more second-place finish after the Woking duo tied on 109 points, four wins and eight further podiums apiece.

Hamilton said of the "great" Spaniard: “I think it’s difficult to say who has necessarily been the strongest competitor because every time you’re with someone, you’re in a different place in your life.

“I remember the task of being alongside Fernando when I was 22.

“I was so young mentally and, of course, OK in terms of skill but it’s a lot of pressure to go up against a great like Fernando.

“I would say on pure pace, Fernando [is the toughest]. We had some good battles.

“I wish we could have more. Hopefully he will continue to race so hopefully we’ll have more in the future.” From 2007, the intra-team tension - with Alonso infamously blocking Hamilton at the McLaren pit garage in Hungary - and team boss Ron Dennis favouring Hamilton, plus the spy saga, caused both Alonso and McLaren to mutually rip up their contract for 2008.

Alonso moved to Renault for two years before joining Ferrari for 2010, returning to McLaren for 2015 after Hamilton's switch to Mercedes two years previously.

After Alonso's departure, Hamilton comfortably had the measure of replacement Heikki Kovalainen on his way to a maiden title in 2008 before then partnering Jenson Button at McLaren until his 2013 move to Mercedes resulted in pairings with Nico Rosberg, Valtteri Bottas and now George Russell.

Despite their previous tensions, Alonso reckoned it has “been always a pleasure” to square off against Hamilton.

The Spaniard, who is due to surpass Raikkonen as F1's most experienced-ever driver before the end of the year, remarked: “I don’t think that he has changed much, to be honest.

“He had the talent already in 2007, he still has the talent now with experience.

“He has been a tremendous driver, a legend of our sport, so it has been always a pleasure to share all this time with him.

“And back then probably no one thought that someone will be able to win seven titles as Michael [Schumacher]. The journey has been amazing.

“The team that they all built in Mercedes over these years, it was outstanding. Congratulations to the 300.”