Esteban Ocon says that the Alpine Formula 1 squad "tried to play the team game" in order to help Fernando Alonso fend off Valtteri Bottas in the Canadian Grand Prix. 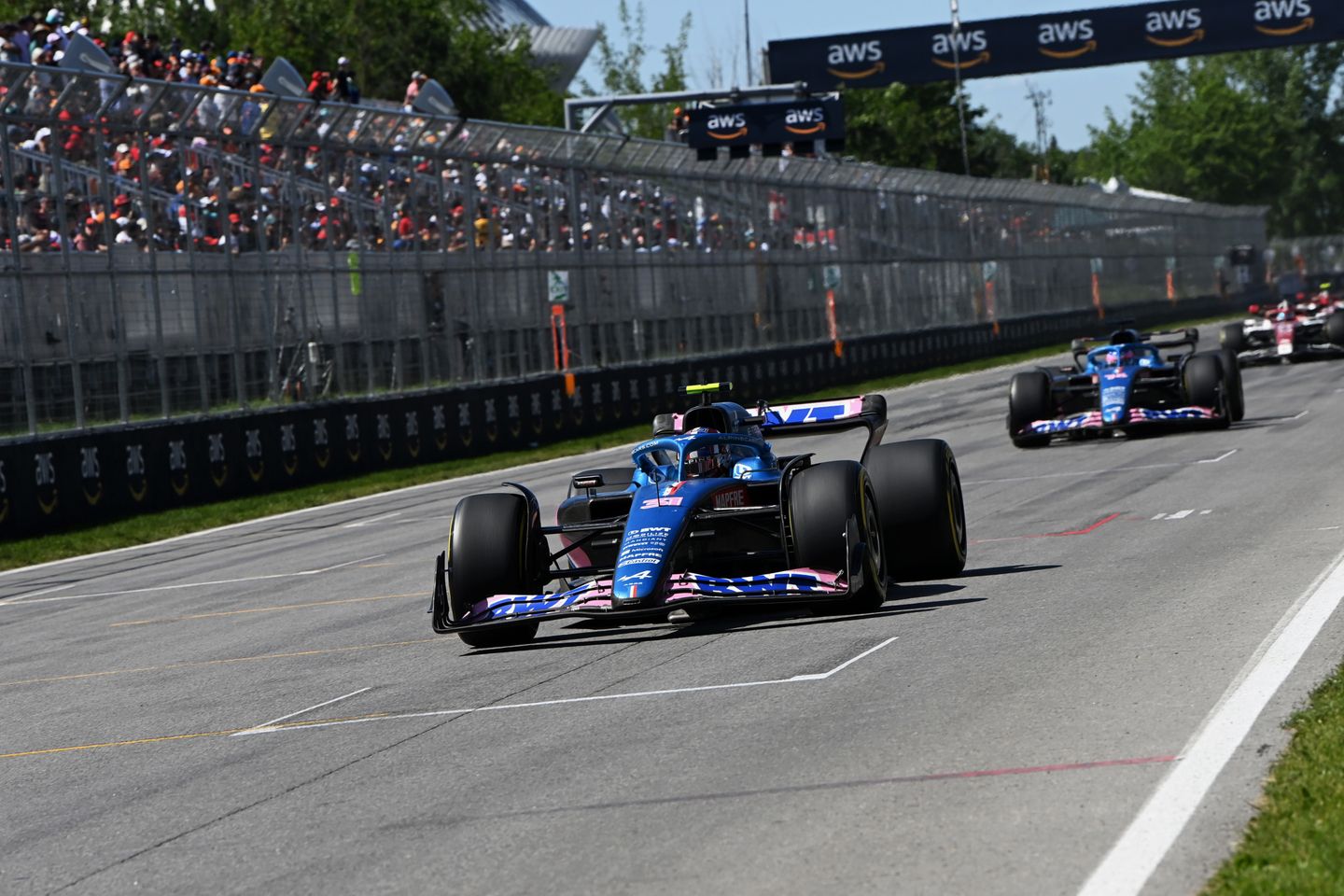 Having started from the front-row, Alonso was running seventh when he began to struggle with an engine issue and his speed was compromised on the straights in the closing stages, making him vulnerable to the chasing Bottas.

Ocon ahead allowed Alonso to catch him in order to give him DRS and help him stay clear of the Alfa Romeo driver.

The plan worked and Alonso crossed the line in seventh, but the Spaniard was subsequently penalised five seconds for moving too much in front of Bottas on the last lap, dropping him to ninth.

Ocon was satisfied with his own sixth place, noting that the car felt better on Sunday than earlier in the weekend.

"Well, I think on our side we can be pleased with today,” he said. “I think the car felt a little bit more alive than it did on the last last two days.

“There's still plenty for us to understand on why that was. But I think we maximised the potential overall, because the cars ahead, they were too quick. And the cars behind were a bit quicker than us to be fair. "Fernando had this little issue with the engine. So he was losing a little bit of power. So I was backing off to him on purpose to try and help him to get the tow on me to be able to defend on Valtteri.

“So we did a really good teamwork, all together, and we managed to hold off just, because from the mirror, I was looking at the race, it was a bit tight!

“It's a big boost for us in the constructors' championship. And yeah, McLaren not scoring obviously helps us to come back."

At one stage Alonso suggested that he was faster than Ocon and should be allowed past, but the team ensured that the order didn’t change.

"Well, I was trusting obviously him and the team for that not to happen," said Ocon. "We have done that in the past, in Brazil last year. And I was not going to pass him when this happened. But if that means he can defend on Valtteri, and not get the overtake done for Valtteri, then we can always switch back afterwards."