Charles Leclerc has revealed retiring Formula 1 world champion Sebastian Vettel sent him a text to console him after his crash in the French Grand Prix. 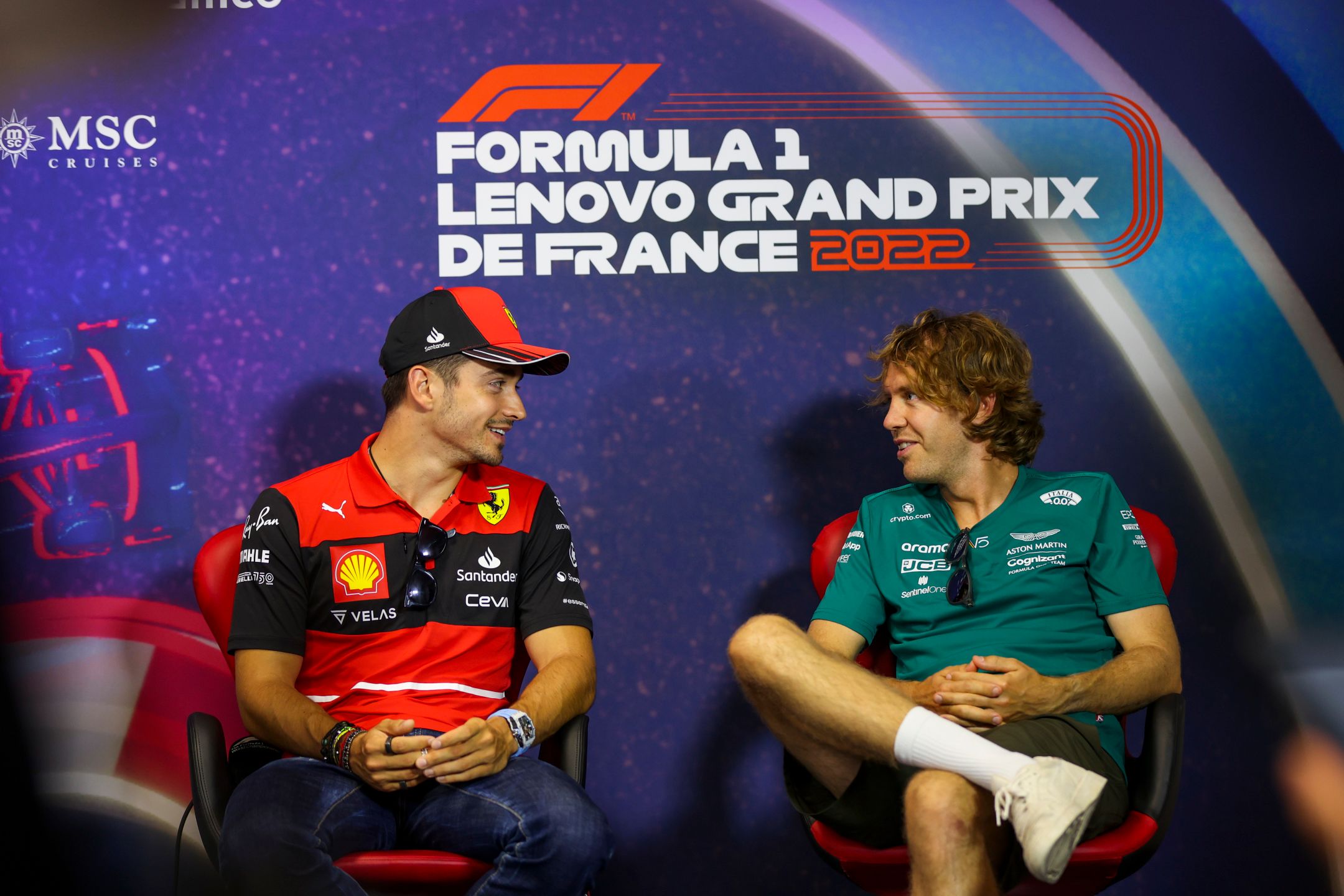 On Thursday ahead of this weekend's Hungarian GP, Vettel announced on his newly-launched Instagram account that he would be retiring from F1 at the end of the 2022 season.

The news has led to widespread tributes from his peers on the grid and the wider motorsport world, with former Ferrari teammate Leclerc also speaking of his admiration for Vettel at the Hungaroring.

Leclerc crashed out of the lead in last week's French GP and is now 63 points behind chief title rival Max Verstappen.

Speaking on Thursday, Leclerc revealed Vettel texted him following the French GP to offer support, and the Monegasque spoke of his fond memories of his former Ferrari teammate.

"There are loads of moments, but it's definitely not an on-track moment," Leclerc replied when asked by Motorsport.com what is favourite memories of Vettel are from their time as Ferrari stablemates.

"It's all the moments at the factory and the way also how our relationship evolved throughout the years because I arrived the first year and I was super impressed.

"And I think I was probably weird to him because I was just shy and didn't know what to say when I was with him.

"But he's a friend and he always texts me, like he did after Sunday, and always tries to make me feel better when I'm having a tough time. So, it's nice to see how much I've grown since I first met him." Leclerc owned to up to his Paul Ricard crash being his mistake at the time, and insists now he is not dwelling on it as doing so will not help him.

"Well, I need to," he added when asked how he moved on from the crash. "There's nothing that will help me [by] dwelling on my mistake or staying in the past on that mistake.

"I did that mistake, it cost me lots of points, I am aware of it. And that's it.

"Now I just need to move on, focus 100% on this weekend, try to do the best possible, try to win this race and then I'm sure it will go well."

Leclerc also moved to dismiss any suggestions his crash was caused by external factors, with the Ferrari driver noting: "I really hate to say 'oh, it's the wind, or a bird' [that caused a crash].

"I'm driving the car ultimately, and I did a mistake. So, yes, the conditions change a little bit every lap – and that's for everyone.

"It's obviously trickier when you are on the limit, but I think everyone is on the limit."

Leclerc's initial radio message when he crashed suggested he had a problem with his throttle pedal, though it was later cleared up by the team that he was simply struggling to engage reverse gear to get out of the barrier.

Commenting on the theories that emerged regarding his crash, Leclerc said: "I understood that there was doubts, but it's just that the torque is limited in first gear.

"So, I was speaking about this, not about anything before. So, there was nothing on the car."