Colton Herta will take a nine-place hit for the start of today’s second Iowa race as his car has received a new engine overnight. 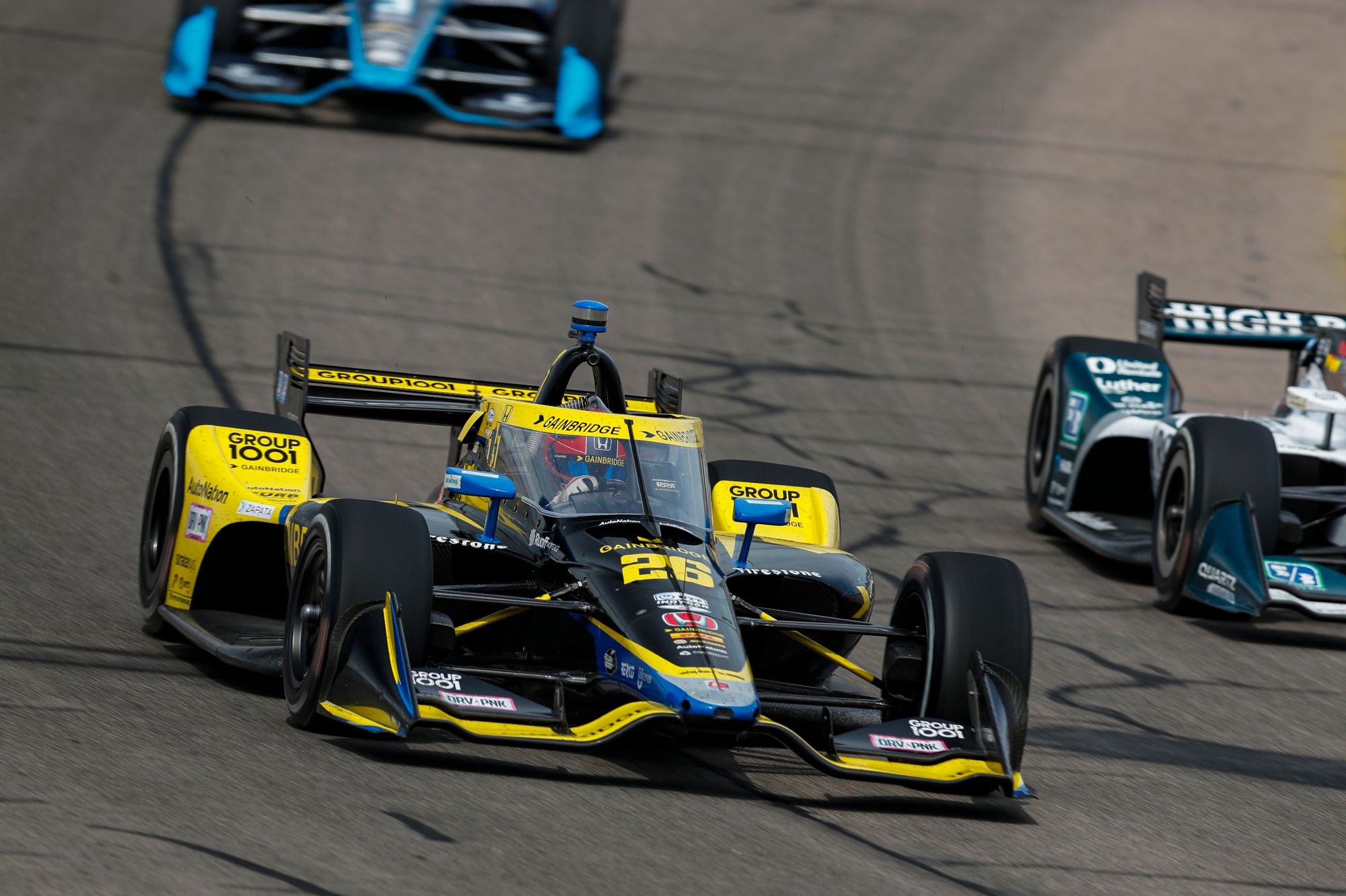 The #26 Andretti Autosport with Curb Agajanian entry has been out of sync with planned engine changes ever since his airborne crash during Carb Day. The team had hoped that Honda unit was salvageable but such proved not to be the case so an early engine change grid penalty was inevitable at some point in the season.

This incurs a six-position starting grid penalty on road and street course events and nine positions at oval events, and is served at the series’ next event – in this case, today’s Hy-Vee Salute to Farmers 300 presented by Google.

Herta’s qualifying run on Saturday morning was a slightly bizarre one, in that his first lap was good enough for only 17th on the grid for yesterday’s Hy-VeeDeals.com 250, but his second lap would have put him third on the grid, beaten only by the Team Penske-Chevrolets of Will Power and Josef Newgarden.

Despite his poor grid slot, Herta was able to take advantage of an early caution period for Jimmie Johnson’s spin to pit and go off strategy, using his fresh tires to climb to third until a transmission issue on pitlane dropped him out of contention. He would eventually finish eight laps down.

Given that today’s grid penalty drops him ‘only’ to 12th, there will be legitimate hopes that Herta has the pace to make good forward progress, and manage the tires while remaining on the leaders’ pit strategy.

Although Herta has seven IndyCar wins to his name, he is still seeking his first podium finish in an oval race. So far his best result on ovals has been a fourth place at Gateway’s World Wide Technology Raceway two years ago.