Power on pole: You don’t even know if you’ll get another one
By David Malsher-Lopez
May 14, 2022 at 6:00 AM
by: motorsport network
Indy Car Seriesnews

Will Power, who took pole for Saturday’s GMR Grand Prix of Indianapolis, says he savors them more now because they’re becoming ever harder to come by. 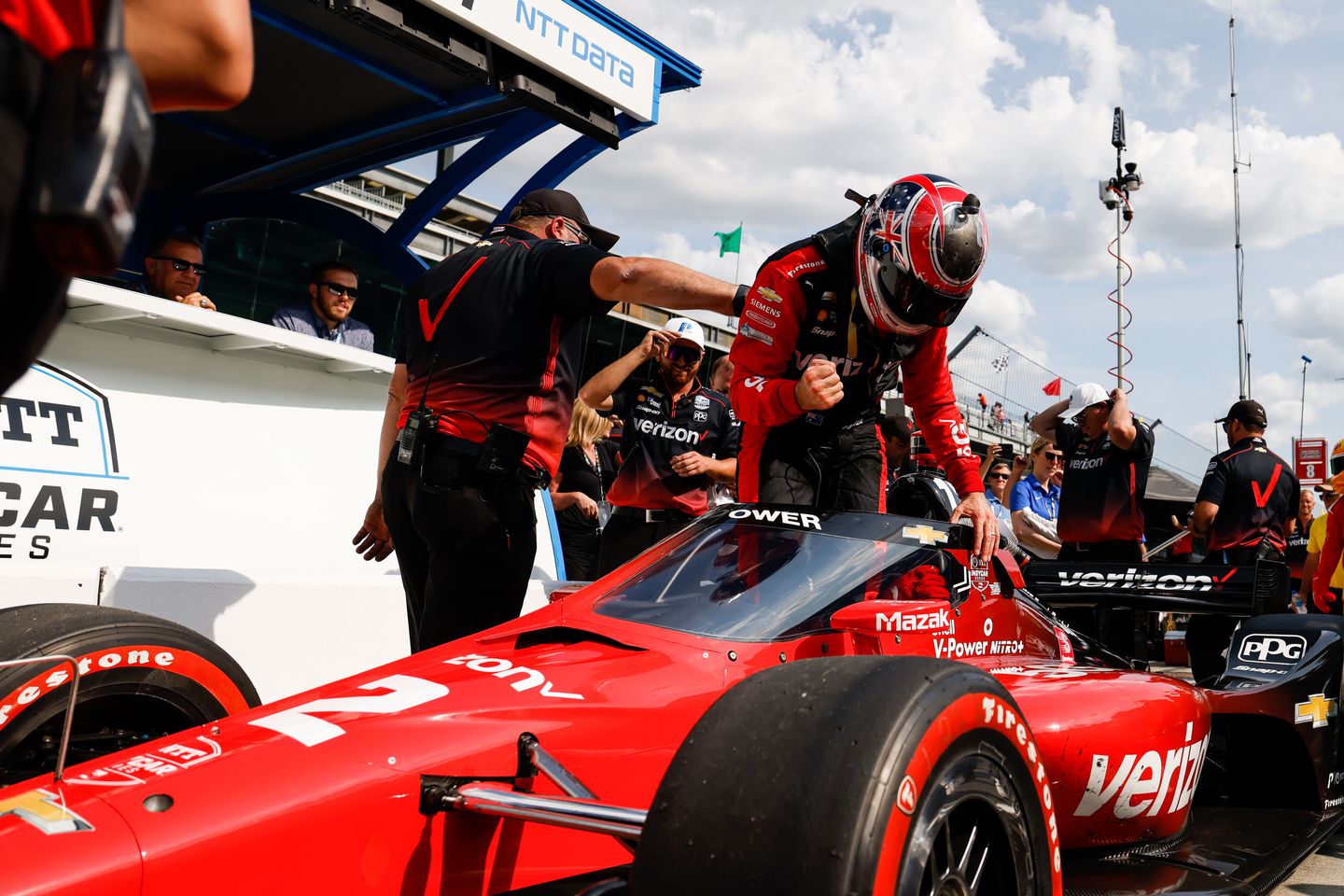 The second practice session on the Indianapolis Motor Speedway’s 2.439-mile 14-turn road course saw 18 of the 27 cars finish within half a second of top spot, so all drivers knew even small mistakes would be costly come qualifying.

In the end, Team Penske-Chevrolet’s Will Power took pole by a mere 0.0426sec ahead of Alex Palou of Chip Ganassi Racing-Honda, while Power’s teammate Josef Newgarden was only 0.0253sec further back.

It was Power’s sixth pole on the IMS road course, where he has also scored five wins.

Drivers only have two sets of Firestone’s softer, red-sidwalled alternate compounds to use in qualifying, so those who get through to Firestone Fast Six (Q3) are running on used reds. It was therefore hugely important not to take too much out of either set of reds used in Q1 and Q2, given that the fall-off from Lap 1 to Lap 2 ‘flyers’ on reds was up to three-tenths of a second.

Power managed to minimize this difference to 0.2759sec on his used reds in Q3 and it was enough to earn him pole. But he said he wasn’t confident that he’d done enough.

“I did my absolute best and put it all together and didn't know where it would stack up,” he said. “I just knew it was not that far off my quickest time on new tires. I thought it was a pretty good time to have done on used tires. So, yeah, it was a good lap."

The pole, his first on a road course since the Harvest Grand Prix on this same track in 2020, leaves him with a tally of 64, just three behind IndyCar’s all-time pole-winner, Mario Andretti. Power admitted that as the P1 awards have gotten tougher to achieve, he enjoys them more.

“Yes, I really, really enjoy them,” said Power whose first pole came in 2006 at Surfers Paradise. “You don't even know if you'll get another one, so… Any win or anything I get in this series now I feel very blessed and happy to have got because it's tough. Obviously, I'm not 20 anymore either. Yep, got to keep digging.

A contemplative Power also said how grateful he was to be in his 14th season with Penske, his 13th as a full-timer with Roger Penske’s legendary squad.

“Honestly, I feel so lucky to have had a career and a team like that,” he said. “You are given a car week in, week out, that's capable of pole positions and race wins. Man, I have so much appreciation for that at this late stage in my career having been in the series for so long.

“I think struggling at Indy [500] last year gives you an understanding of what some people go through all the time, and you’re just fortunate to have a team that can have a struggle like that and go away and come back and be rectified immediately just because they're so resourceful. We just have quality people.