Ducati's Francesco Bagnaia "can't explain" why he crashed out of the MotoGP German Grand Prix and not knowing why is "difficult to accept". 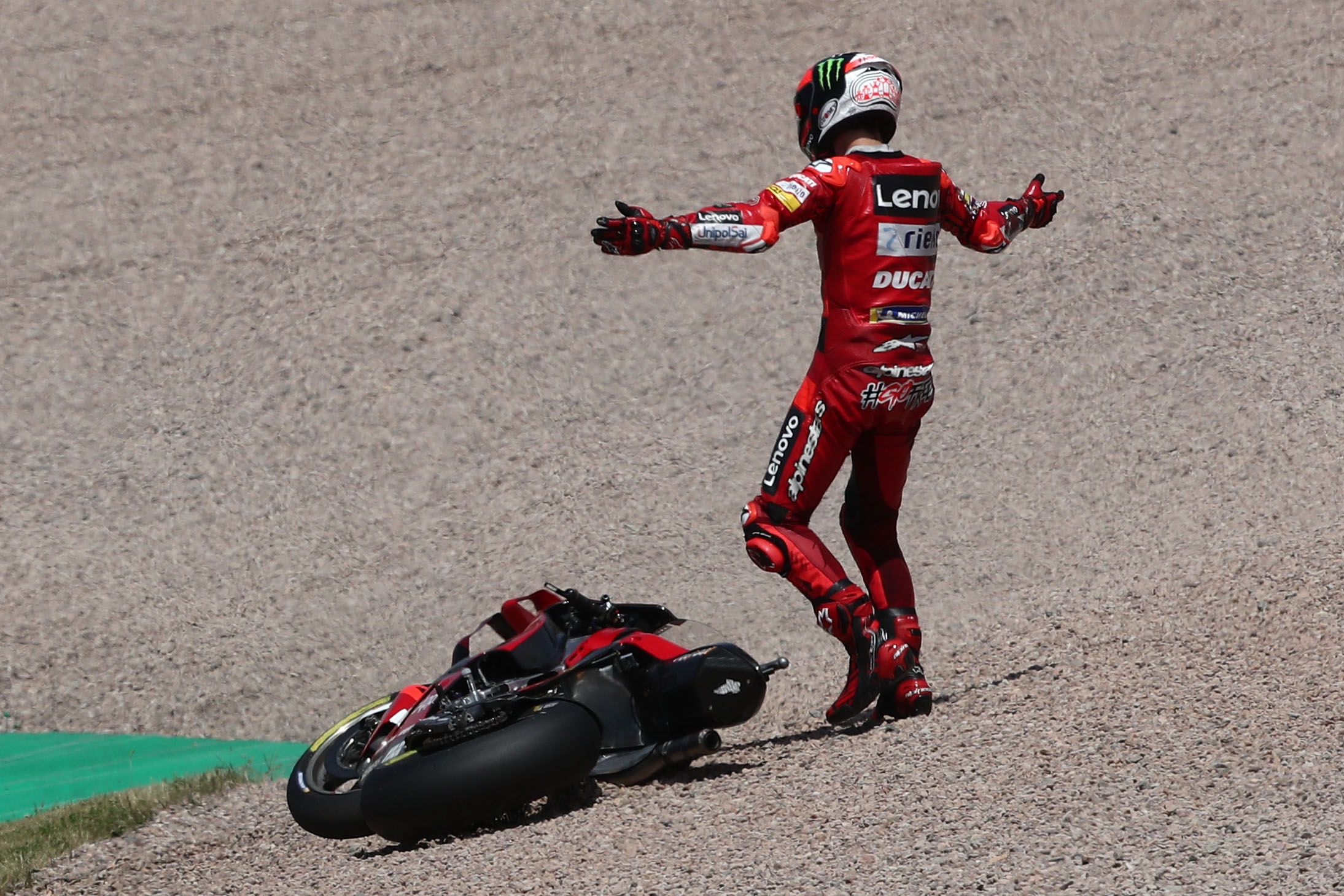 The polesitter was expected to be the main threat for victory in Sunday's 30-lap German GP as he looked to get his battered championship challenge back on track after a slipped 69 points adrift of Fabio Quartararo when he was wiped out of the Catalan GP.

But Bagnaia, having lost the lead off the line to Quartararo at the Sachsenring, crashed exiting Turn 1 at the start of the fourth lap when the rear of his GP22 came round on him.

Click here to be a part of the largest MotoGP survey – to have your voice heard and shape the future of the sport
The Ducati rider – whose title hopes are all but gone now he is 91 points behind Quartararo – is at a total loss to explain his crash.

"I'm trying to repeat in my mind what happened and in any of that I can't explain my crash," he said.

"I don't know why. For sure, if I crash it's because I did a mistake. But in this situation, it's very difficult to know why, to understand why.

"Looking at the data, it's impossible to understand things. So, I was angry with this because I can't explain it, I'm very angry for that because when you crash and you know why, normally I'm very self-critical.

"But today I can't because the reason why I crashed is something that I can't explain. So, it's more difficult to accept.

"The only thing is positive thing is again we were at the top, we were the fastest and I think also looking at the pace that our potential was high.

"But this is one more time that Fabio is demonstrating that he is more complete than me." Bagnaia added that he's never had a crash like that in his career and says the only difference to the laps before was that he was "turning more".

"I did more than 70 laps each day [in Germany] and in any of that I [didn't] feel a close thing like this," he added.

"It never happened in my life that I've crashed like this – just at [Valentino Rossi's] ranch, where I'm on the dirt track, so it's easier to have that.

"But it's very difficult to know why. My lean angle was the same, the speed was the same.

"I was turning more for the exit, so it's very difficult to understand why I crashed.

"So, it's the most difficult thing in this moment because maybe our bike is living in a margin like this that if you go wide you crash.

"But, today my crash is very, very on the limit I think."