The future of CUPRA in racing is electric
By: Alberto De Armas
Jun 21, 2022 at 4:25 PM
by: motorsport network
Seriesnews

The Spanish brand is officially immersed in Extreme E and ETCR, two fully electric championships with competition formats designed for the new generation. According to Wayne Griffiths, CEO of SEAT CUPRA, this is going to be the way forward for the coming years. 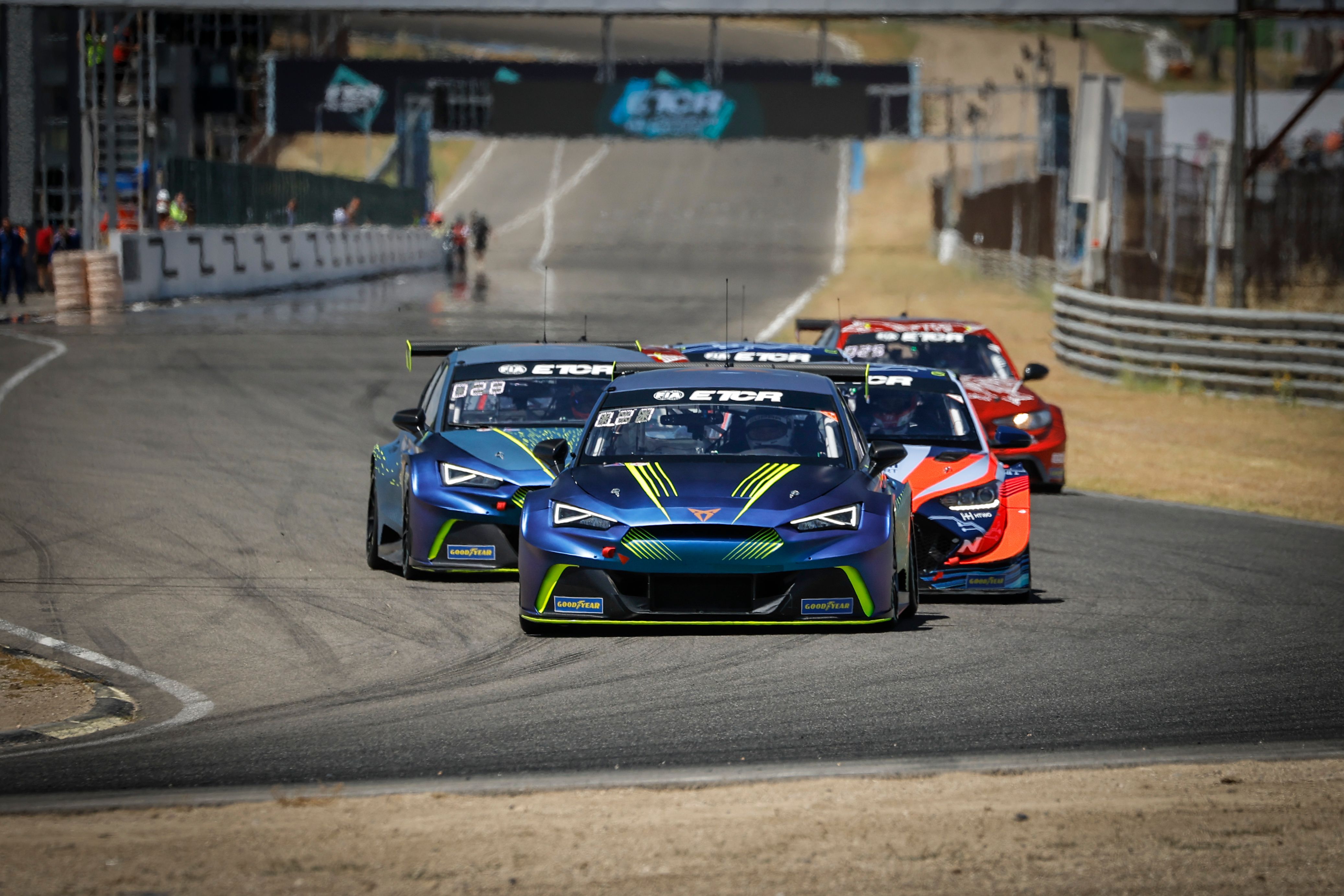 The legacy of SEAT, and now CUPRA, in the world of competition, has been extensive and successful, having participated in many championships and competitions around the world. Since the birth of CUPRA, the brand has become the flag of mobility, modernity, and sportsmanship for the new generations and these values ​​have been transferred from the street to competition with its presence in ETCR and Extreme E, two championships with a clear focus on innovative with electric vehicles and with formats that tend to offer a show that is different from traditional racing.

Coinciding with the ETCR race held at the Jarama circuit, Wayne Griffiths was able to see first-hand what a weekend in this championship is like and was able to be close to his team, even going out on the track as a co-driver of the CUPRA e-Racer with the current champion Mattias Ekstrom. Griffiths enjoyed his time at Jarama and ended up convinced of the importance of this type of championship for CUPRA. "The motorsports are part of our DNA," Griffiths said, "but obviously CUPRA is a brand for the next generation of car lovers, so we need to give an answer for the next generation of car lovers about what motorsport means in this new era.

“What is clear about that is it’s zero emissions in the future, I don’t think racing around tracks creating a lot of  CO2 would be very acceptable for the next generation and we need to give a solution for that.”

And this solution seems clear for the Spanish brand: ETCR and Extreme E as its future bets to engage this new group of car enthusiasts.

“When I joined the company we used to do touring car racing so we made a decision very quickly to move to the electrified,” Griffiths commented in relation to the move from the WTCR to the electric championships.

“Let’s see where that goes in the future but I think both, the ETCR and the Extreme E, help position CUPRA as a contemporary brand for the next generation of car lovers, with brand values around sustainability but also emotional as well.” Convinced of the values ​​that ETCR can contribute to CUPRA's strategy, Griffiths also believes the championship must position itself in a better way to attract this new public.

“Extreme E is a very emotional racing, it’s incredible, it’s an adventure, it goes to crazy places around the world. I’ve just been speaking with the organizers of ETCR we need to move this experience here as well,” he explained.

“I think it’s great to have electric cars here racing but racing in an old combustion environment, I think the environment needs to change as well if you want to engage these young customers.

“So gaming zones and more. If you want them here, then you need to bring a party here, and much more inclusive. What I don’t like is this, the VIP areas, the drivers are there, everything is separated. OK, drivers need their privacy, they need to be focused, but I think we need to take people nearer to the action, making it a more emotional experience. “This has a lot of potential because touring cars, including car racing in the past and in the future with the electric cars, I think it’s one of those areas where you can really bridge racing cars to street cars, obviously you can’t do that with a lot of the other prototype series or Formula 1.”

One of the biggest problems that ETCR faces is the lack of interest that the brands have had in these first two years of the championship since only CUPRA and Hyundai have given support so far.

“In the last two years we were busy with COVID," argues the CUPRA boss. “COVID’s got everything for two years! So you have to accept that, we are rolling year one actually.

“We are in, Hyundai’s in, but more brands need to come in, it needs to be more competition, more cars, I think it’s certainly exciting enough when you see the race. I think the potential is there.

“I just said to Mr [Marcello] Lotti that what we shouldn’t do is trying to rewrite this taking what the history was and trying to make this history electric. Now it needs to be something new, entertaining, engaging, online and offline, more integrative, getting the people closer to the experience, and more emotional. And if we do that it could be huge.”

With a potential plan for the next generation of the WTCR to be hybrid, Griffiths does not rule out the presence of CUPRA but admits it is difficult to be in the series as an official team.

“We’ll do [in racing] what we offer in the street cars,” he said. “We offer electrified cars, CUPRA is an electrified brand, in the long term view then it’s gonna be fully electric, battery electric vehicle after 2030. “But that’s on the way as it’s still a long time until 2030. I think to give them [WTCR] that opportunity to look at our technology, hybrid technology, hybrid cars for the series. But our way of helping reduce emissions, while still being able to have a fun race, is key so I think the hybrids on the combustion TCR side of touring car racing is the right step, not to do it would be unacceptable.

“But, as a brand with our own drivers, we are focused on the ETCR, on the electric, because we have to be focused on something, not everywhere at the same time.

“The hybrid thing, we will certainly do cars, I mean, even on the TCR side we do the client cars but as a racing team it depends, we need to be focused, we are a small company, we can’t do everything we want.”