Moto2 - Valencia
In Moto2 Simone Corsi (MV Agusta Forward Racing) started from the second time in his Moto2 career from pole position but did not finish the race. Moto2 Rookie Raúl Fernández (Red Bull KTM Ajo) won for the 8th time this year and set the fastest lap, he has won 3 more races in this season than his teammate Remy Gardner who sealed the title with a 10th place. Fabio Di Giannantonio (Federal Oil Gresini Moto2) finshed second, his 4th podium finish of the year and with a P7 in the final standings this is Di Giannantonio’s best season in Moto2. The final podium spot was for Augusto Fernández (Elf Marc VDS Racing Team), it was his 11th podium finish in Moto2, 6 of those 11 podiums were achieved in 2021. 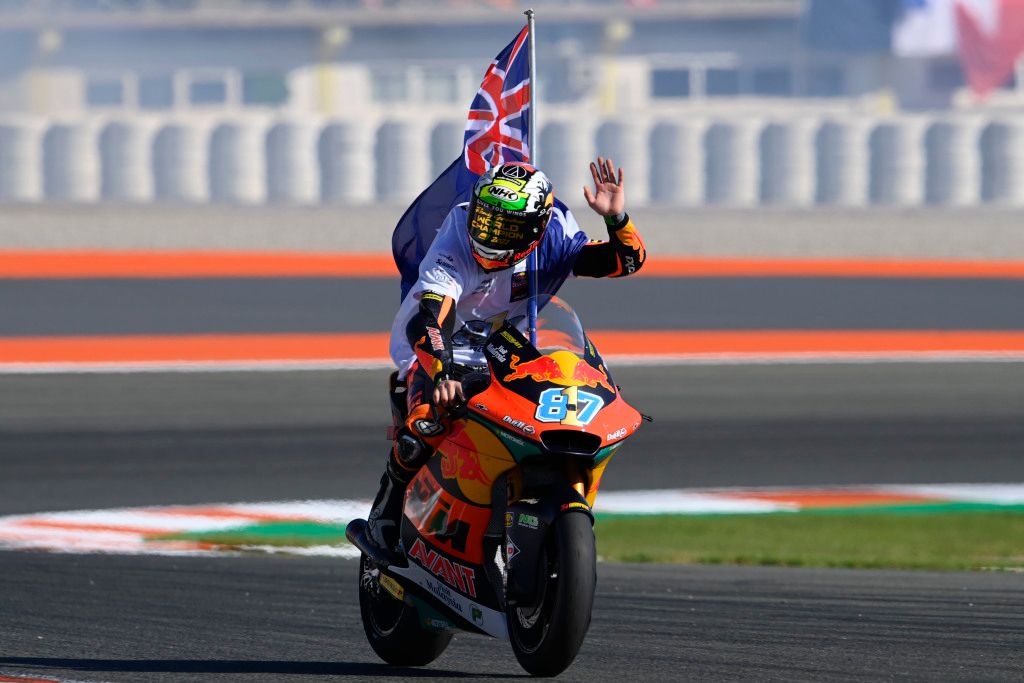 Moto3 - Valencia
For the first time the 17 year old Pedro Acosta Sánchez (Red Bull KTM Ajo) newly crowned Moto3 champion started on pole position for a Moto3 race but just as in Moto2 the rider on pole would not finish the race. The victory went to Xavier Artigas (Leopard Racing) who also set the fastest laps of the race. This was Artigas first win in Moto3, his previous best finish was a P7 in France in 2021. Only 0.043s behind Artigas at the chequered finished Sergio Garcia (GASGAS Valresa Aspar Team) who scored his 10th podium in Moto3, of which 6 of those 10 in 2021. The third spot of the podium was for Jaume Masiá (Red Bull KTM Ajo). 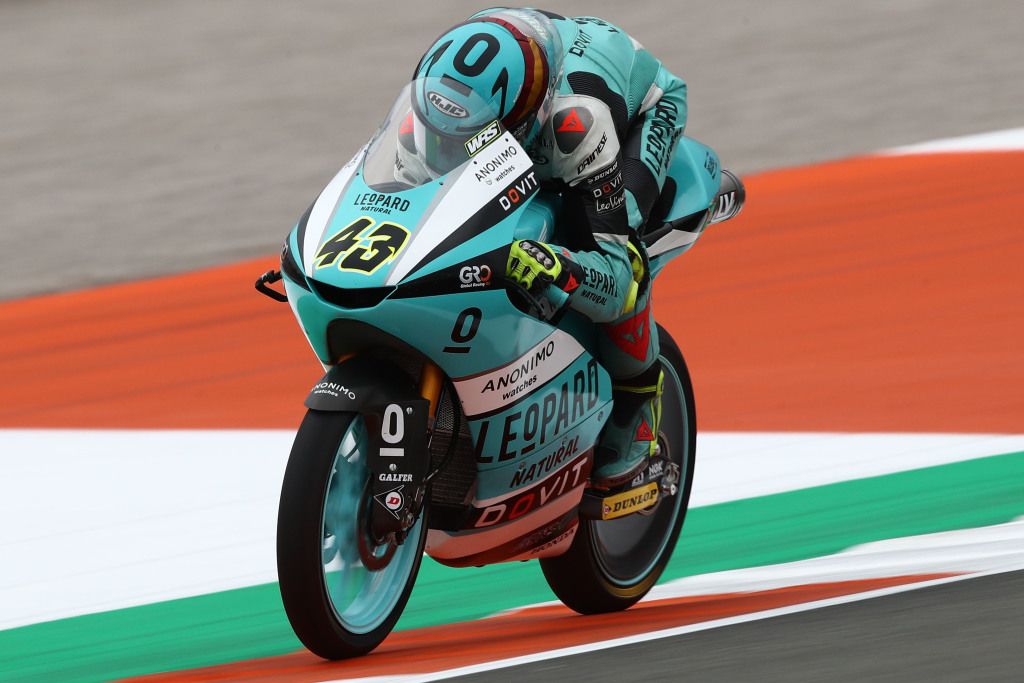 Supercars - Sydney Motorsport Park
In the Australian Supercars the first race of the weekend was won by Anton De Pasquale (Shell V-Power Racing) after he started from pole position. He repeated the same performance again in race 2 and in both races heset the fastest lap; this was De Pasquale’s sixth win of the season. Championship leader Shane Van Gisbergen (Red Bull Ampol Racing) finished in the first race second and in race 2 and race 3 of the weekend he was third; from the 28 races held in 2021 Van Gisbergen finished 22 times on  the podium of which 13 victories! The third race was won by William Brown (Erebus WD-40 Racing), it's a MILESTONE for the 23 year old Brown from Toowoomba as this was his first win in Supercars.

IMSA Petit Le Mans
The final race of the IMSA Sportscar Championship season, Petit Le Mans at Road Atlanta was won by the Mazda #55 of Oliver Jarvis, Harry Tincknell and Jonathan Bomarito. It's a fairytale end of for the Mazda team as this was their final race in the series. During 10 hours of racing only 4 cars completed the same amount of laps as the winners (410 laps). Next to the winner eyers were on the championship battle as in second place finished the Whelen Engineering Racing with Felipe Nasr, Mike Conway and Luis Felipe Derani behind the wheel closely followed (+0.405s) by the #10 Konica Minolta Acura from Ricky Taylor, Filipe Albuquerque and Alexander Rossi. Those P2 & P3 were very important as Nasr and Derani clinched the drivers title in the DPi class over Albuquerque and Taylor with 11 points difference.
Victory in LMP2 was for Tower Motorsport by Starworks with John Farano, Gabriel Aubry and James French as the drivers.
In LMP3 the highest place car after 10 hours was the Riley Motorsports of Gar Robinson, Felipe Fraga and Scott Andrews.
In GT Le Mans it was Porsche who took the win with Cooper MacNeil, Mathieu Jaminet and Matt Campbell while in GT Daytona it was an Aston Martin victory with Ian James, Roman De Angelis and Ross Gunn.