The #16 Red Bull-sponsored Honda shared by Sasahara and Toshiki Oyu was running in sixth place following the pitstop phase, ahead of the Bridgestone-shod NSX-GT of ARTA's Tomoki Nojiri.

But any hopes of a points finish were lost when the team was forced to make a second unscheduled stop on lap 33 of 52, which was followed by a third trip into the pits just a few laps later.

From fourth on the grid, Sasahara lost a place to the Real Racing Honda of Nobuharu Matsushita on lap two, but was able to pass Yuji Kunimoto in the Racing Project Bandoh Toyota after an early full-course yellow.

But after losing ground in the pitstop phase, a repeat of the tyre problems that plagued the team last time out at Fuji Speedway already left the Mugen squad well out of the points before Oyu's race-ending crash.

"The first stint was OK, thanks to the safety car and FCY," Sasahara told Motorsport.com. "Already from the beginning the tyre was overheating, I couldn’t follow the top three – I was just trying to hang on to P4.

"But when I was behind the Bandoh car I could see it wasn’t that quick, so I felt we could maintain P4 [after passing], which I didn't expect.

"The tyre was still dropping off a lot, which is why we pitted on the minimum [lap 18]. We lost two places in the stops because the out lap wasn’t so great and we were overcut by some cars.

"But then during the second stint when Toshiki was driving, we had a tyre problem and we had to pit again, so we were out of the competition. Something strange was happening with the tyres."

Sasahara and Oyu have scored just half a point so far this season by virtue of their 10th-place finish at a Fuji race in which half-points were awarded. With Dunlop having shifted its focus away from one-lap speed to race pace for 2022, Sasahara says it's hard to feel like the tyre firm is making progress when it is suffering failures so often.

"Qualifying performance is lower than last year, but obviously now we are focusing on race pace," said Sasahara. "It’s difficult to say if we are progressing. Some parts are improving, some parts are not improving yet.

"But the tyre failed at both Fuji and Suzuka… we already had a failure at Fuji and the same thing happened at Suzuka. Honestly, it’s unacceptable. You cannot fight for anything when the tyre fails.

Oyu explains race-ending crash
Speaking to Motorsport.com's Japanese edition, Oyu put the race-ending collision with the Max Racing Toyota down to a combination of a problem with his in-car display and the issues he was experiencing with his tyres.

"I couldn't see the visual [FCY] countdown because of a problem with the display," explained Oyu. "So I only had the information on the radio.

"I was expecting the car in front to brake at the hairpin, but instead he braked at the fastest point. There was quite a bit of distance between the two cars, but my tyres weren't working properly, so much so that it was easier for the GT300 car to stop than the GT500...

"If we had control tyres, I would have been able to deal with it ok, but that wasn't the case." 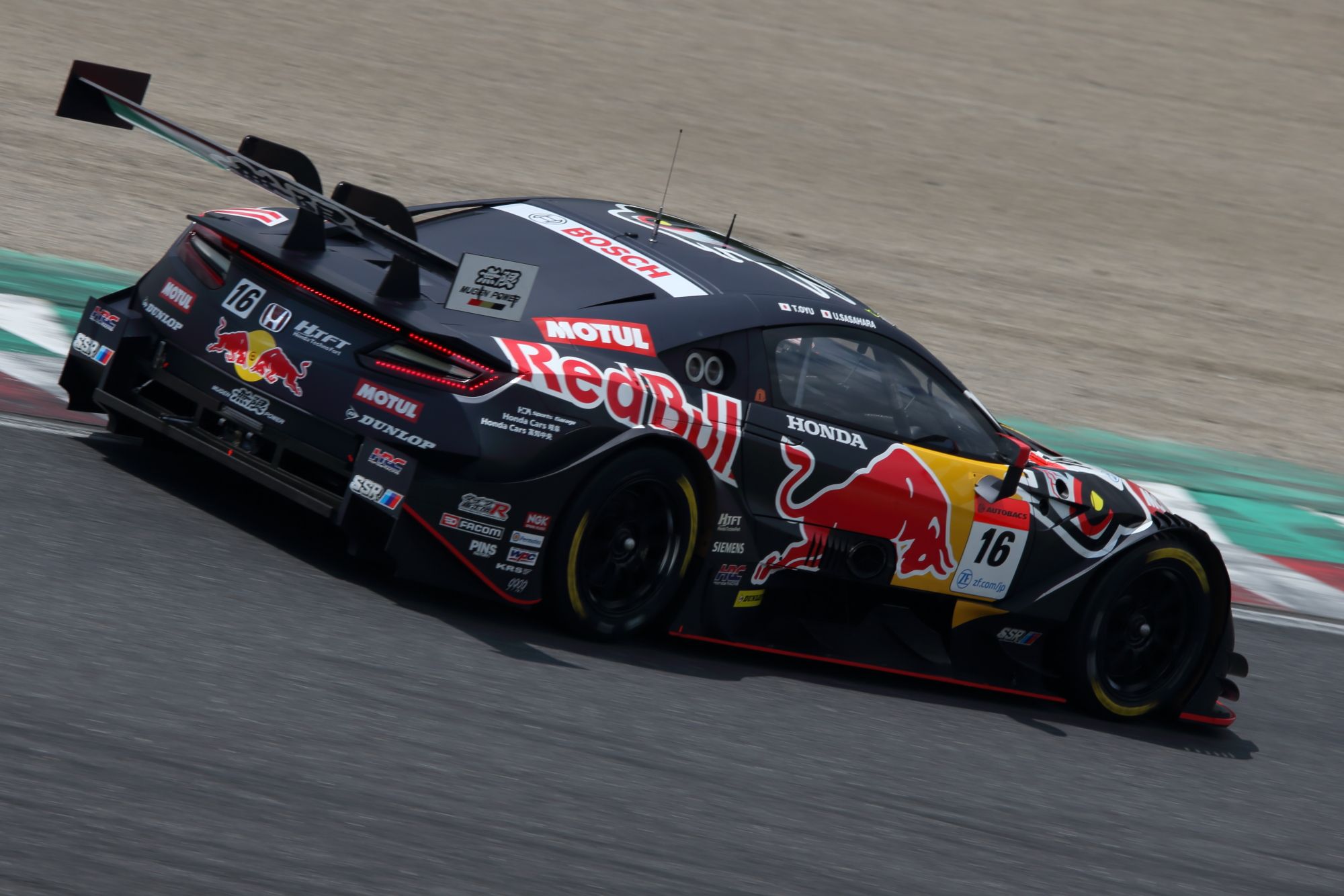