Nissan has stated it has no qualms if its secondary SUPER GT crew of Katsumasa Chiyo and Mitsunori Takaboshi ends up surpassing its primary NISMO flagship car. 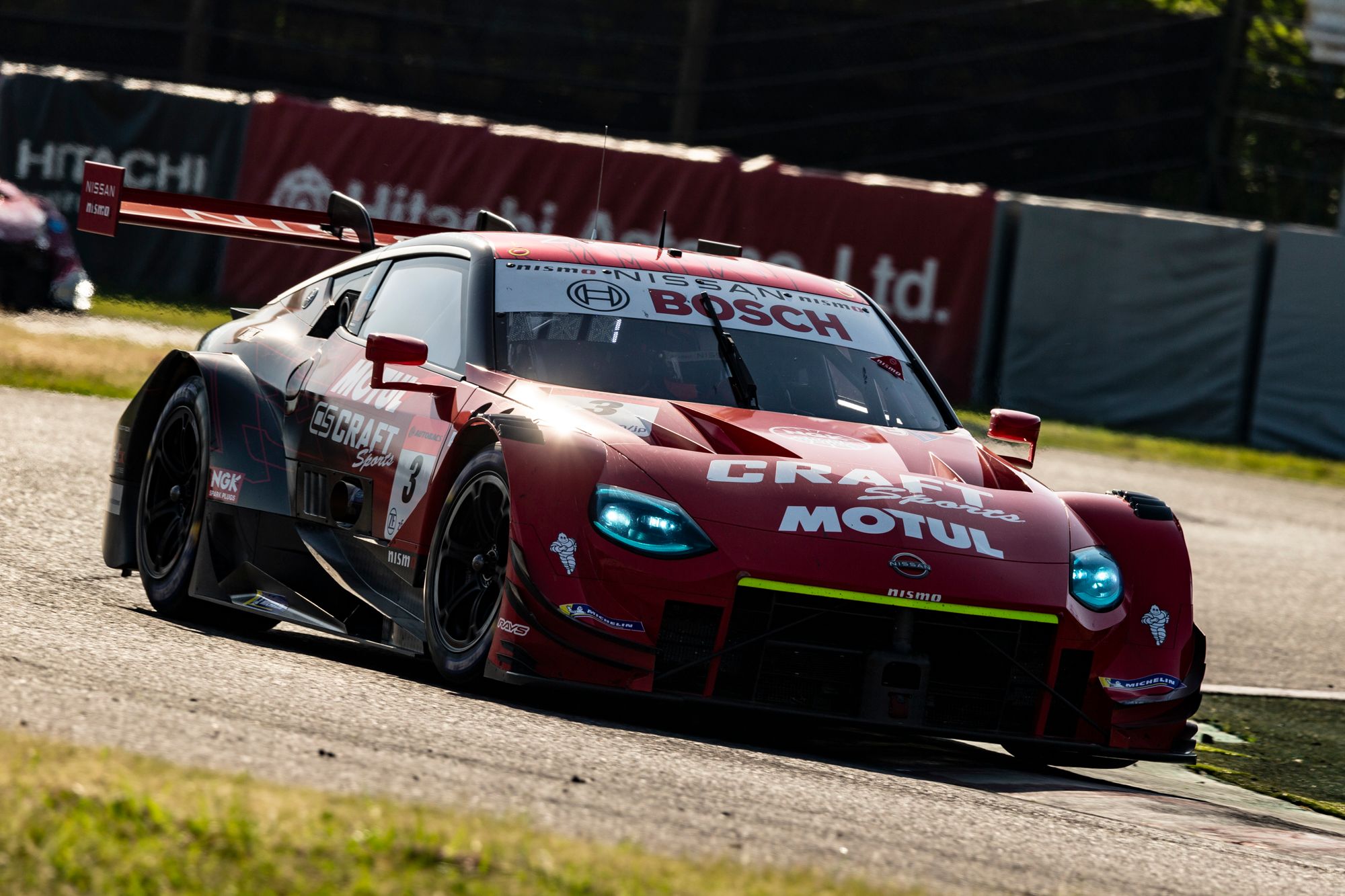 The all-new Nissan Z scored its first GT500 win last month at Suzuka, but it was the #3 NDDP Racing car of Chiyo and Takaboshi that took top honours while the #23 machine driven by multiple GT500 champions Tsugio Matsuda and Ronnie Quintarelli languished down in 12th place.

It follows Nissan's decision to expand its factory NISMO operation to two cars in 2022 for the first time since 2008 and part ways with B-Max Racing, which previously operated the #3 machine.

The #23 machine has always been seen as Nissan's number one car in SUPER GT, with NISMO cars having won the GT500 title on seven occasions - always either with the #23, which can be pronounced in Japanese as 'Ni-san', or the #1 - most recently in 2015 with Matsuda and Quintarelli.

Meanwhile, the NDDP Racing moniker refers to the 'Nissan Driver Development Programme' from which Chiyo and Takaboshi both graduated, with the #3 plate a throwback to another Nissan-affiliated squad, Hasemi Motorsport.

But with Chiyo and Takaboshi now leading the championship following their Suzuka win, Nissan’s SUPER GT executive director Motohiro Matsumura insists that there is no hierarchy between the #3 and #23 machines, despite the latter's status as the marque's traditional flagship entry.

"The final stage [for Chiyo and Takaboshi] doesn’t have to be the #23 car in terms of being able to challenge for the championship," Matsumura told Motorsport.com when asked if the NDDP drivers had put themselves in contention for a move to the primary NISMO car.

"Each car can be in a good position. It’s not like we are ‘nominating’ one car [for the title]. Now both cars are run by NISMO, there is no real difference. We treat them with the same sentiment.

"I know the #23 is special, because of ‘Ni-san’ in Japanese, at some stage it’s normal they want to drive. But In the past, we used the #22 as well [for the second NISMO car]. It’s not too important. However, Matsumura admits that Chiyo and Takaboshi could yet be 'promoted' to the #23 car as early as next year, describing Nissan's driver line-ups as a "strategic matter" and not necessarily performance-linked.

"We are always interested in young drivers," he said. "At the end of this year, I have to think very deeply [about the driver line-ups in 2023]."

Matsumura said he was especially impressed by the #3 drivers' qualifying efforts, as Chiyo smashed Suzuka's four-year old lap record in Q1 before Takaboshi went on to bag third spot on the grid in Q2.

"In these hot weather conditions I thought it would be quite difficult to update the course record," said Matsumura.

"Even Takaboshi didn’t try new tyres because of the restricted running in practice, also we had to shake down the new [rebuilt] car… Q2 was his first time on new tyres, he did a 1m44.4s, he was very close [to Chiyo].

"After that I was confident. I am happy the whole team is now performing very well. All four [NISMO] drivers are working really well together."