Yamaha's Toprak Razgatlioglu eased to a straightforward World Superbike victory in the Superpole race at Donington Park, as Scott Redding registered his first podium finish as a BMW rider. 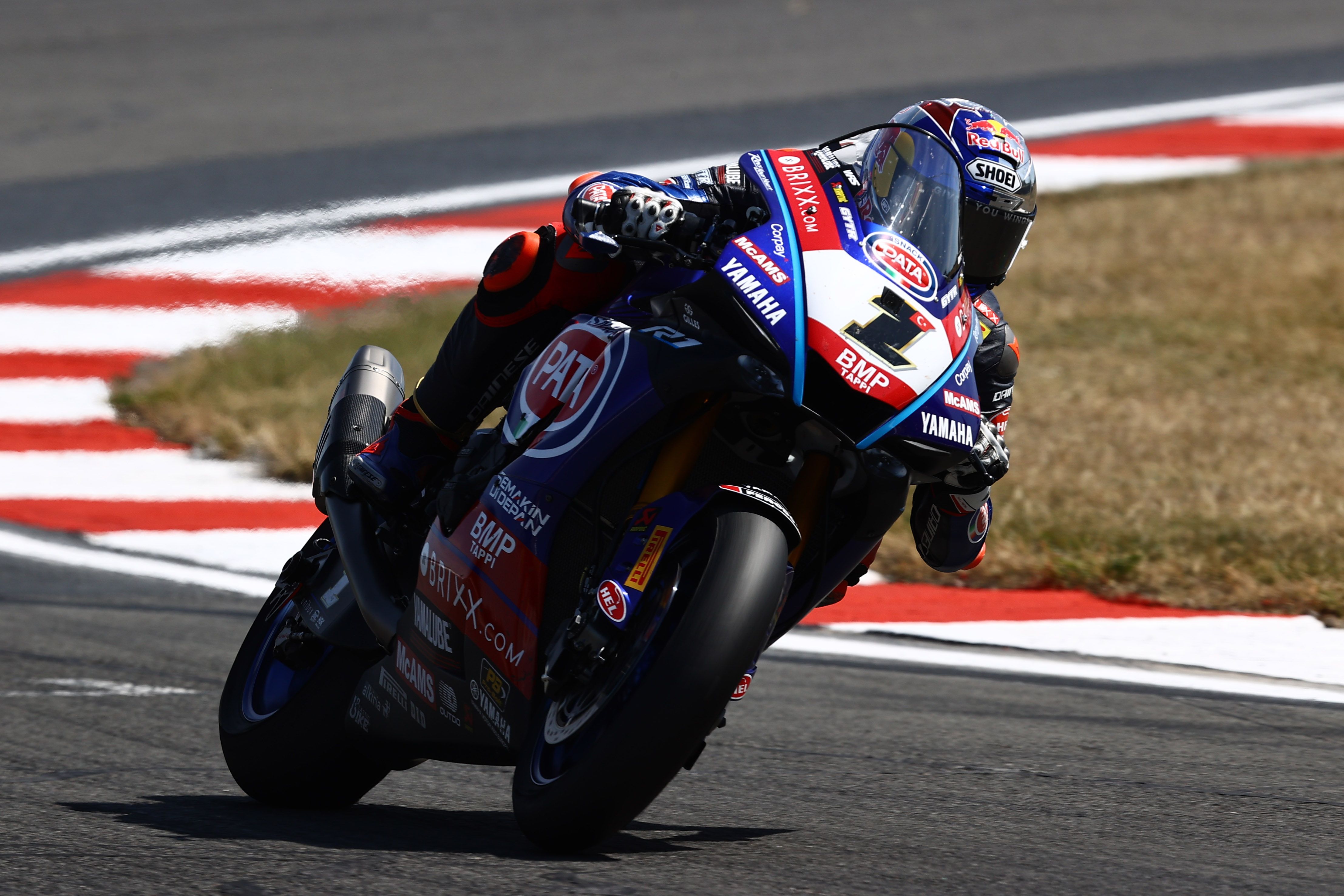 From third on the grid, Razgatlioglu once again grabbed the holeshot heading into the first corner ahead of Kawasaki pair Jonathan Rea and Alex Lowes, and was never headed again in the 10-lap contest.

The reigning champion had pulled out a gap of eight tenths of a second over nearest pursuer Rea inside three laps, and by the time he took the chequered flag he had built a margin of 1.089 seconds for his third win of the season.

Rea finished a comfortable second, but the real interest in the closing stages was in the battle for third between Redding and Lowes, with the BMW rider having passed Lowes at the start.

Lowes was able to stick close behind his rival and finally launched an attack into the Fogarty Esses on lap eight, only for Redding to respond immediately by going up the inside into the Melbourne hairpin.

Their battle continued for two more corners, as Lowes repassed into the final Goddard left-hander only for Redding to use the superior straightline speed of his BMW to take the place back going into Redgate.

Redding was in the clear thereafter, taking his first podium of a tough season so far, while Lowes had to switch his focus to an attacking Alvaro Bautista, who had opted for the harder SC0 rear tyre on his Ducati.

Bautista managed to pass Lowes into the Fogarty Esses on the last lap for fourth place, limiting the damage to his championship lead - which now stands at 13 points ahead of Sunday afternoon's final race.

Lowes had to be content with fifth in the end ahead of the second factory Ducati of Michael Ruben Rinaldi.

Iker Lecuona was seventh for Honda after passing Andrea Locatelli's Yamaha, while the final point for ninth place went to the Bonovo BMW of Loris Baz.

Honda's other factory rider Xavi Vierge was caught up in an incident at Goddards with McAMS Yamaha wildcard Tarran Mackenzie on lap five.

The other wildcard in the field, Peter Hickman, was 16th on his FHO Racing BMW.