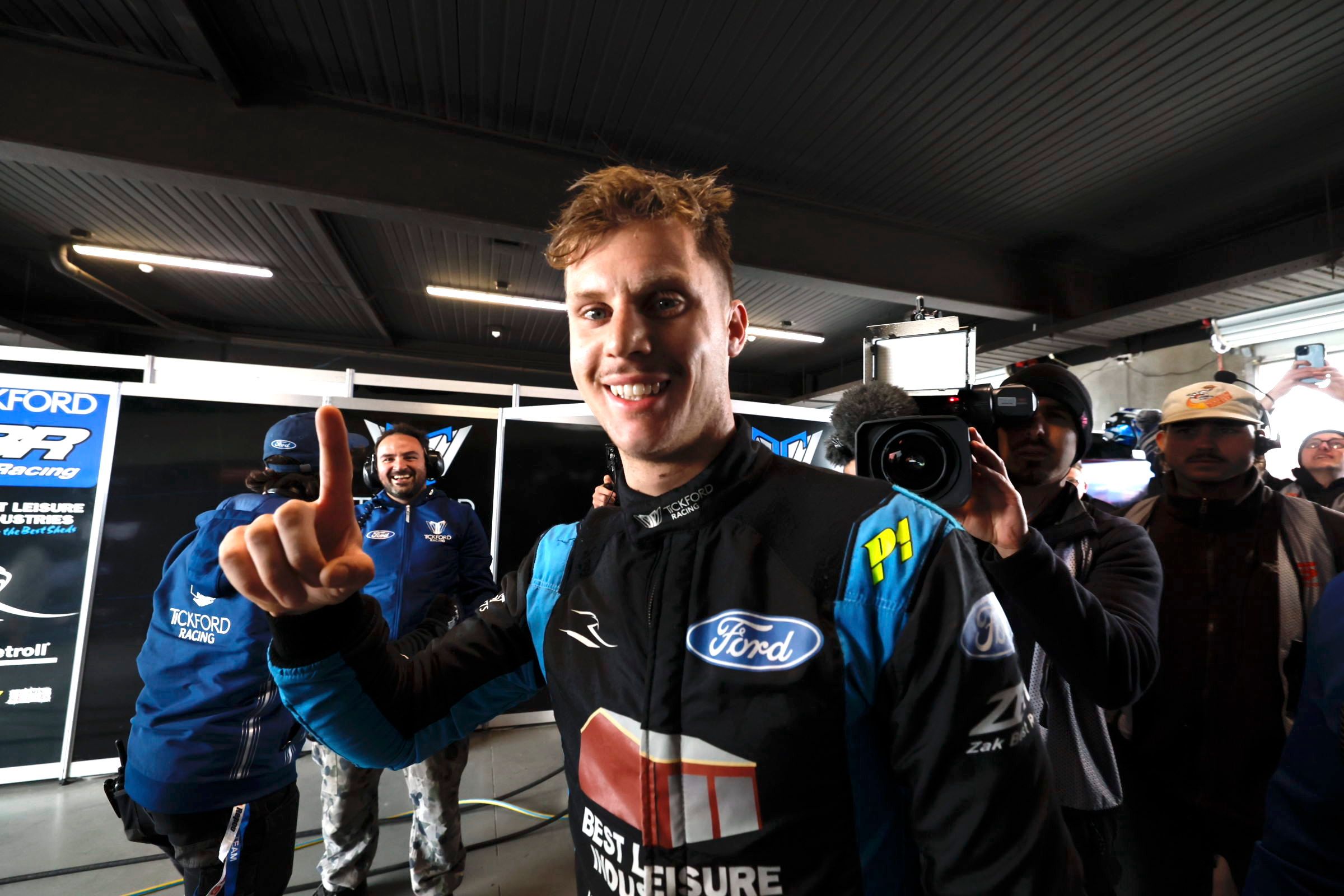 The 20-year-old, making just his second main game start as a wildcard for Tickford Racing, stunned the field by snaring pole for today's first race.

Best was consistent across all segments of qualifying, comfortably progressing through Q1 and Q2.

However he turned up the heat in the final segment, a 1m47.816s on his first run proving to be an unbeatable benchmark.

Runaway series leader Shane van Gisbergen did his best to run down Best's time right at the flag, but fell 0.02s short of denying Best a dream pole.

"I wasn't expecting this," said a shellshocked Best."I don't really know what to say.

"We did the best we could. I had a big go into Turn 1, we were losing a bit to Cam. I finally pieced it all together and it was good enough for pole. I didn't think I'd be on pole this afternoon.

"Racing is a completely different thing. I've got to get off the line then try and stay out of trouble, and it'll sort itself out."

Van Gisbergen will start on the outside of the front row, his late lap bumping Best's Tickford teammate Cam Waters to the inside of the second row.

Chaz Mostert grabbed fourth with his final lap, while DJR pair Anton De Pasquale and Will Davison were only good enough for fifth and sixth.

Broc Feeney qualified seventh ahead of David Reynolds while Nick Percat returned to some qualifying form with the ninth fastest time ahead of Will Brown.

Thomas Randle was left on the Q3 bubble, the Tickford driver only able to climb to 11th on his final run in Q2.

Andre Heimgartner, meanwhile, was a surprise omission from the final segment of qualifying.

The Kiwi, who took his first Supercars race win at The Bend last year, could manage just 14th on the grid after running out of time for a final run due to a set-up change.

"If we ran the last set of tyres we would have been on," said Heimgartner. "But we ran out of time to go out again, so obviously everyone got one more run than us.

"It's pretty disappointing, but I think our car actually isn't too bad."

The first race of the weekend kicks off at 4:15pm local time.