World Rally Championship drivers are braced for a "big challenge" as they face "melting" temperatures and increased cabin temperatures at Rally Sardinia this weekend. 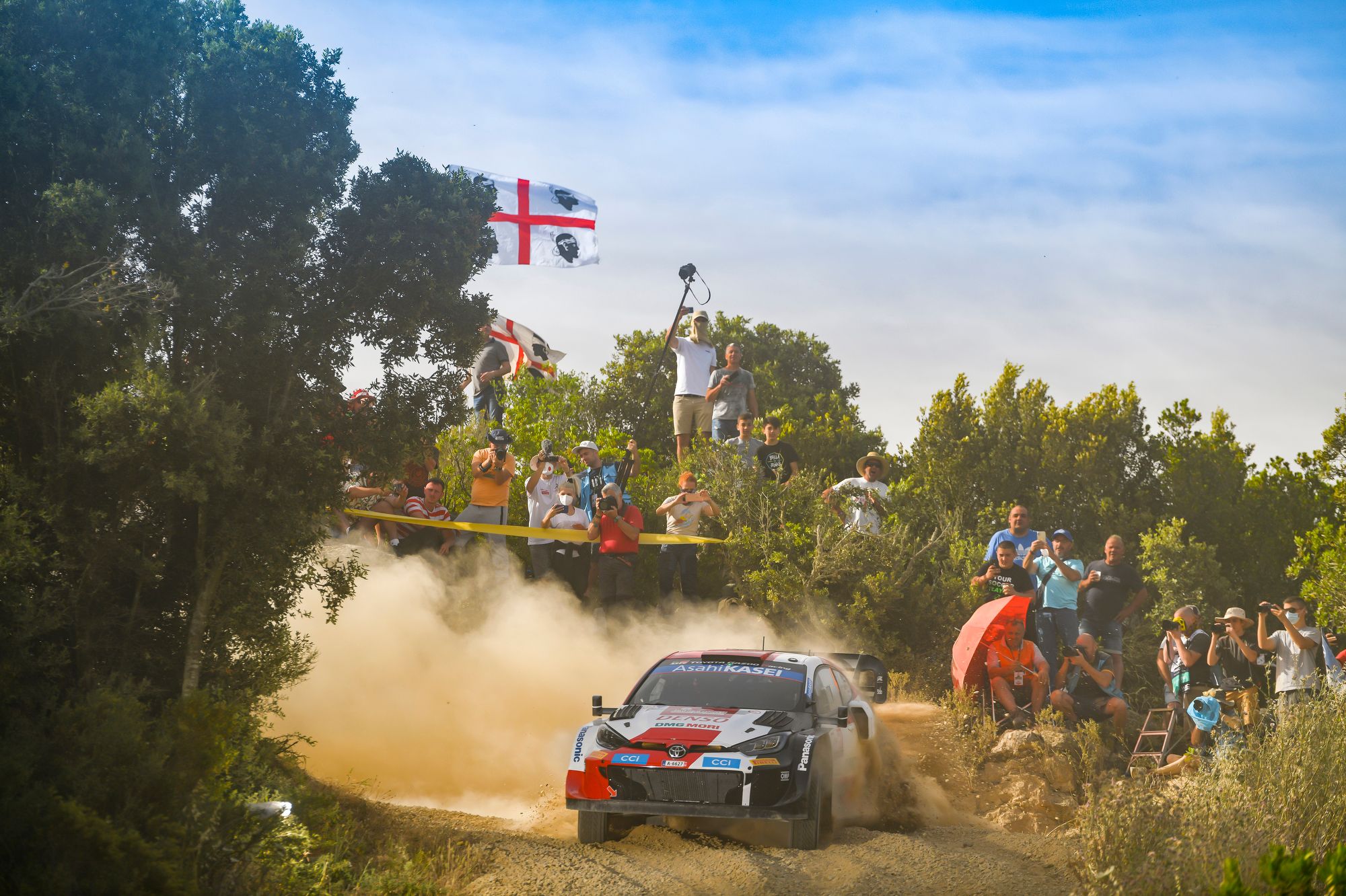 Crews are expected to be battling unseasonably high ambient temperatures that could rise above 40 degrees across the four-day Italian rough gravel rally.

These temperatures arrive on top of drivers already facing increased cockpit temperatures inside the new-for-2022 Rally1 cars, a problem that emerged in cooler conditions at Rally Portugal two weeks ago.

The cockpit heat issue has resulted in the FIA permitting teams to make changes to homologated components on the cars, while extra ventilation outlets have been added, and reflective film to windows and roofs applied, in a bid to address the problem.

Rally Sardinia organisers have also reacted by ensuring crews will have access to water at the end of stages.

Toyota's Esapekka Lappi described the conditions as "melting" for the drivers before adding that the rally will be a test of survival for both crew and car on the hot, rough stages.

"The biggest topic is the heat, we will be melting in the car, but let's see if we can survive," said Lappi, who returns to the seat occupied by Sebastien Ogier in Portugal. "It is going to be tough for the car but mainly for the drivers.

"First of all with the car you need to be smart not to break it, but now we have a big challenge with the heat as it is going to be 37, 38 degrees on Friday and Saturday and with these cars the exhaust is inside the cockpit, so it is bloody warm in the cars.

"The drivers struggled already in Portugal and now it is even warmer. You cannot push flat out on this rally anyway, you need to leaves some space all the time."

"It was pretty warm already, to be honest, especially if you stop and do some work in between runs the heat builds quite quickly," said Evans after finishing third fastest in shakedown behind Hyundai's Thierry Neuville and Lappi. "Of course shakedown was only three kilometres, but you can tell it is going to be hot."

Hyundai's two-time Sardinia winner Dani Sordo is unsure how the drivers will be able to keep cool in the conditions.

As previously reported, Hyundai has opted to fit a golden reflective roof to its i20 Ns in addition to some extra vents to help battle the temperatures.

"We don't know," said Sordo, when asked how he would keep cool.

"It will be difficult to be comfortable in the car because it is too hot and also the temperatures the previous year were a bit colder, and now there is no wind, it is really hot. It is much warmer inside the car, so it will be a challenge."

M-Sport's Craig Breen admitted it is difficult to prepare for such conditions but praised this team for the ventilation modifications to his Ford Puma.

"There is not really much you can do to be fully ready," said Breen. "You can go in a sauna but that is about all you can do.

"The guys have done the best job they can in the short time between Portugal and here to insulate the car from the heat a little bit better.

"This morning it didn't feel so bad but the air is a bit fresher closer to the sea and it was in the morning. It will be interesting to see how the weekend will go.

"The stages are not crazy long we don't have anything like what we had in Portugal so the average speeds will be a lot lower. That is strain on not just us inside the car but all the components.

"We have done as much as we can to prepare for it, so we will just suck it and see."

Rally Sardinia begins with a super special in the city of Olbia on Thursday night before eight stages on Friday.