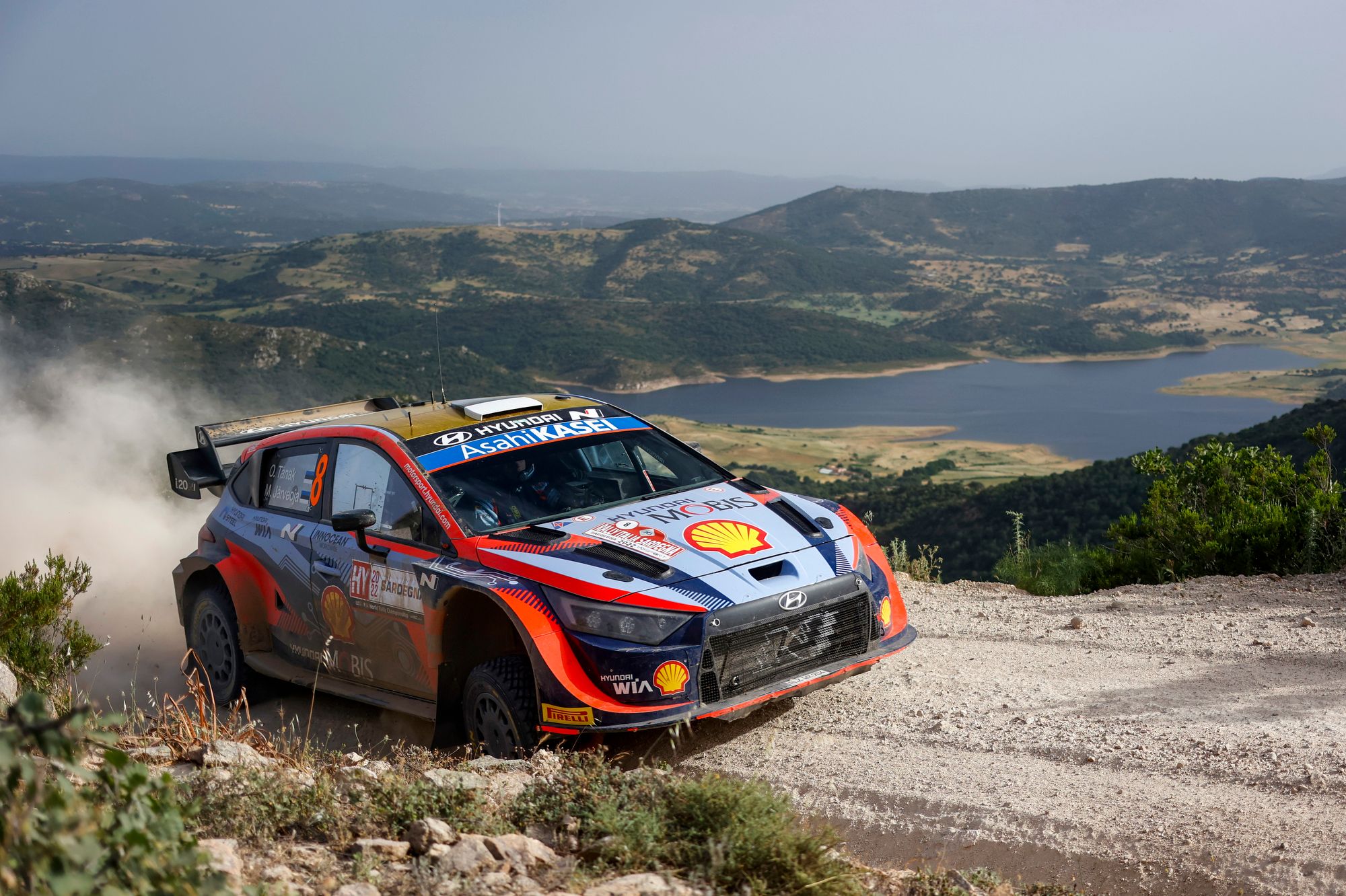 The Hyundai driver claimed nine of the 21 stages across four gruelling days, navigating through Sardinia’s famous rough gravel stages in scorching temperatures, to take the win by 1m03.2s from M-Sport’s Craig Breen.

Following Elfyn Evans’s early exit from the lead due to a water leak on Friday, Tanak became embroiled in a fight with Toyota’s Esapekka Lappi. Tanak briefly claimed the lead after Stage 4, before dropping 0.7s adrift of the Finn heading into Saturday.

Tanak was handed a slice of good fortune as Friday’s final two stages were cancelled moments after picking up transmission issue that was set to cost him valuable time. That reprieve allowed Hyundai to resolve the issue.

Armed with a healthy i20 N on Saturday, the 2019 world champion won six of the next eight stages to reclaim the lead. His charge was also helped once Lappi caressed out of the lead on Saturday morning.

Once ahead, Tanak cruised to victory in Sunday, adding two more stages wins, to net his first win since Arctic Rally Finland in February last year. The success was also Hyundai’s first win of the season after a difficult year plagued by reliability issues with its i20 N.

Breen emerged as Tanak’s nearest challenger as the Irishman produced his best drive of the season to date to claim his second podium of the season, equalling his career-best result in the WRC.

Hyundai enjoyed a double podium as Dani Sordo claimed third for the second rally in succession, at an event he has twice been a winner, as he finished 1m33.0s adrift of teammate Tanak.

The Spaniard, competing in only his second event in third car he shares with Oliver Solberg, used his experience to navigate through difficult conditions to complete a solid points haul for Hyundai.

M-Sport’s Pierre-Louis Loubet delivered his best performance to date in the WRC’s top-flight to finish fourth. The Frenchman had initially fronted M-Sport’s charge and ran as high as third, before dropping down to fifth when he suffered a puncture. Championship leader Kalle Rovanpera was unable to repeat the heroics of winning from first on the road in Croatia and Portugal, as the Finn struggled for pace cleaning the gravel roads, ending Friday more than a minute adrift.

The Toyota driver drove sensibly benefitting from trouble for his rivals, including a rally-ending crash for M-Sport’s Adrien Fourmaux on Saturday night, to claim fifth. The result, plus four bonus points from the power stage, has extended his championship lead to 55 points over Thierry Neuville.

Toyota teammate Takamoto Katsuta survived the brutal conditions to finish sixth after having to nurse a damaged radiator on Saturday.

M-Sport’s Gus Greensmith, who lost two minutes on Stage 3 after struggling to re-fire his Puma after a half spin, completed the Rally1 field in seventh.

Hyundai’s Neuville managed to salvage the maximum five bonus points from the rally-ending power stage after another difficult weekend.

Starting second on the road, the Belgian led the rally after Thursday’s super special but lost 15s due to hanging dust on Friday’s Stage 2, caused by reduced time intervals between the cars.

A transmission issue then cost him two minutes as he battled with his I20 N that had lost drive to the rear wheels. Well adrift of the pack, Neuville charged on Saturday to make up ground but that came to halt when he rolled the i20 N on Stage 12, which put him out of the event until Sunday.

Following his early exit, Evans was another driver to snare three points on the power stage after rejoining the action Sunday following a rear suspension failure on Saturday.

Lappi also returned to action on Sunday, ending the rally with two championship points from the final stage.